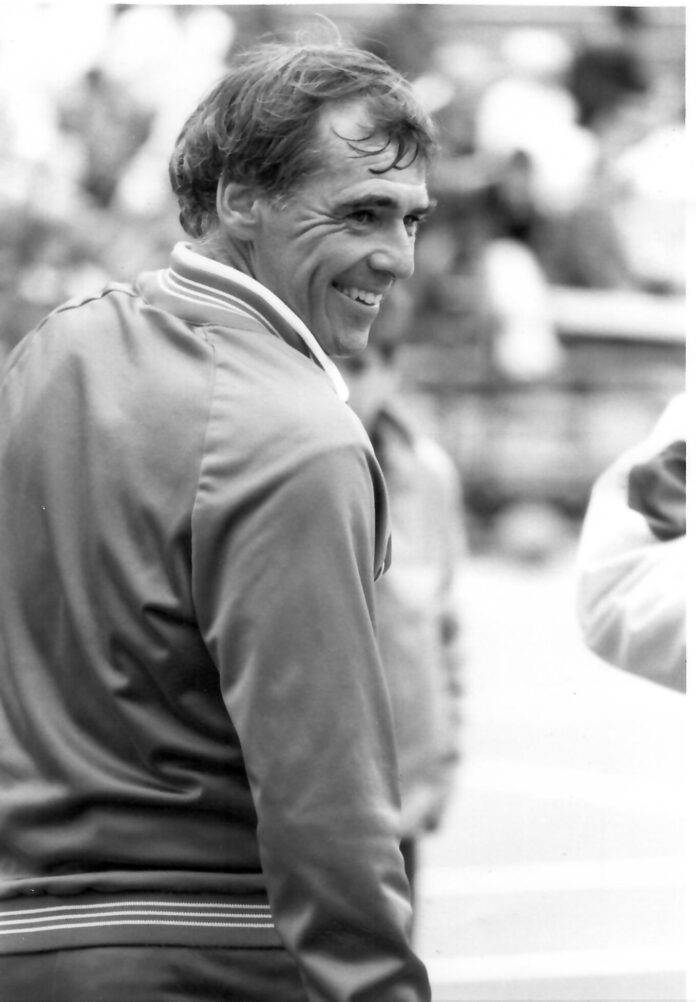 As for Peter Burwash, the Canadian-born Renaissance man, who died Thursday at age 77 in Carmel, CA, did it all. He was a player who won 19 singles and doubles titles on the circuit and went on to become an exceptional entrepreneur, writer, speaker, broadcaster, philanthropist and deep-dive spiritual seeker.

Peter was a nonstop tennis pied piper like no other. In a sport of nomads, no one traveled more than Burwash. Cheerful and bright, he hit the road for 200 days a year. His innovative company, Peter Burwash International, soon became the world’s largest tennis management company.

From Bali to Dubai, from the Cayman Islands to Napa, PBI created career paths for thousands of pros, and his teachers taught the game to millions in every corner of the globe.

I’m writing this in the Wimbledon press box as a Serb battles a South African-born New Zealander who grew up in Britain and went to school in Texas. Tomorrow a Tunisian woman will face off against a Russian-born Kazakhstani. Tennis, along with soccer, is a truly international game. And few others contributed more to the globalization of the sport than Peter.

Simply put, he was an energetic visionary who transformed the game.

But it was rarely easy. He was ridiculed for advocating open-stance ground strokes. Then they were widely adapted. It’s not so simple setting up a tennis program in Fiji or high in remote mountains. Humid rain forests and severe slopes present issues. Plus, it takes a good dose of courage to be a reflective, deep-think guy in a sometimes mean-spirited world that craves hot takes.

What struck people about Peter was his core goodness, his ethics, his innovative mind, his thirst for insight and his astonishing eclecticism. Who else created a Harlem Globetrotter-like tennis show, designed a program for prisoners in Hawaii, pioneered wheelchair tennis and thoughtfully guided weekend warriors? He brilliantly simplified tennis so that everyone, from newcomers to Federer wannabes, could thrive.

Peter was called “the smartest person in tennis.” He could also have been called the busiest. Just to chronicle his achievements is daunting. He seemed to do everything, everywhere.

He frequently gave leadership talks to power business groups. He studied the game and analyzed the key traits of success: be enthusiastic and adaptable, take notes and read books. Discipline and humility are key. And we all need a spiritual foundation.

He was critical of indulgence and materialism and he loved the devotional sensibility of Indian spirituality. Every year he went to India to build wells, schools and power plants in a dusty Indian village. He was beloved.

Burwash wrote 13 books on vastly different topics, from tennis basics to aerobics, from vegetarianism to life as a teen, from leadership to the importance of conscious living.

One of his books is called “Behind Every Tennis Lesson There Is a Wonderful Journey.” Clearly Peter Burwash led a life that was nothing less than a wonderful journey.