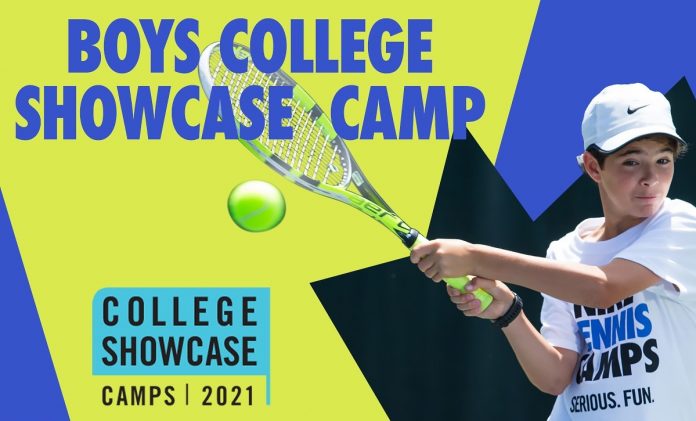 Collegiate play is a key spoke in the wheel of tennis.

It’s not just that some of America’s most renowned players, like Stanford’s John McEnroe and UCLA’s Jimmy Connors, were collegians who became icons. Or that for a decade the best American player was former Georgia Bulldog John Isner. Or that TCU’s Cam Norrie just pocketed $1.2 million after winning the BNP Paribas Open.

Simply put, college scholarships have long been treasures that provide countless thousands of young adults pathways to an invaluable education.

But getting into college can be a treacherous process filled with dicey obstacles.

Enter US Sports Camps. Long a leader in tennis, and camps of all stripes, US Sports Camps has a 40-plus-year history of teaching kids. Their slogan is “Serious Fun.”

Now, in storied Pebble Beach, California, they will be hosting a unique event, the Boys College Showcase Camp.

The two-day event will be headed by a quartet of extraordinary coaches. Paul Goldstein, who’s led Stanford since 2014, was the first player to be on four consecutive NCAA tennis championship teams. In 2015 the much celebrated Paul Settles led Claremont McKenna College to its first NCAA title in any sport in 34 years. Also on hand will be Stanford coaching whiz Brandon Coupe and Cal’s Francis Sargeant.

Campers will get two days of training and one-on-one instruction. There will be competitive match play, in-depth evaluations and, perhaps most importantly, valuable insights into the complex recruiting process and just what it takes to play collegiate tennis.

For more information on the Boys College Showcase Camp go to USSportsCamps.com.