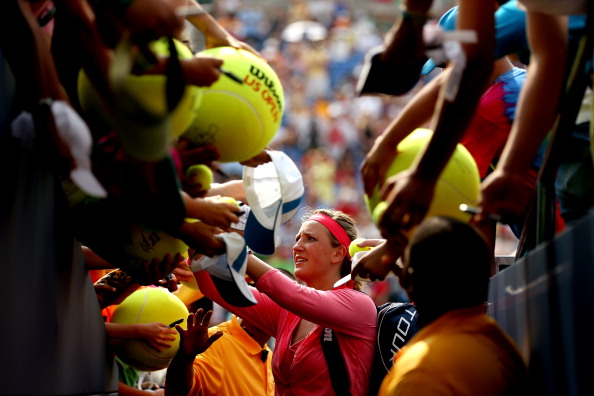 It’s a simple truth. We take things for granted. I came to presume that as March rolled around, I’d jump on a plane jammed with racket-toting, tennis-happy, desert-bound fans.

After all, each year Palm Springs served up a feel-good tennis happening that gave us a hint of Disneyland and a world of inviting diversions: spas that soothed, golf courses that challenged one’s sanity, shops that challenged our credit card limits and restaurants of every stripe.

More than anything, amidst the warm winds and stunning sunsets, two things always came to mind: Indian Wells was a tennis happening like no other; and life here sure is sweet.

In its way, Indian Wells was for some the last touchstone of the winter season: Halloween, Thanksgiving, Christmas, the Super Bowl, Indian Wells. So car dealers from Topeka eager to escape frigid blasts and fanatical Federer fans from Seattle hoping to get a glimpse of their man practicing flocked to the desert for a tournament they called “the fifth Slam.”

Never mind that the BNP Paribas Open began as an inconsequential blip on a sports circuit far from the mainstream. It was blessed with the grit and vision of a man who knew how to attract great players and throngs of fans, a man who, more than any other, built tennis stadiums. Charlie Pasarell, who has erected at least four or five tennis arenas in his life, had an ambitious mindset: “If you build, it they will come.”

The tourney was first played in Palm Springs, before emerging at the jewel-like La Quinta Resort. But soon it would journey across the valley to two new homes: first the Hyatt Grand Champions and then the expansive Indian Wells Tennis Garden. The tourney had an almost magical ability to survive and thrive.

Yes, there were obstacles. In 2001, a howling crowd jeered a 19-year-old girl named Serena. She and her sister would answer with a 14-year boycott.

As the wind and dust storms blew in and out, there would be other speed bumps: a supposedly feel-good fundraiser for Haitian relief went off the rails when Andre Agassi got surprisingly snarky and Pete Sampras didn’t hesitate to respond. Then an otherwise gifted tennis official lost his title after some problematic comments in a press conference.

Most of all, the tourney survived bids to move it to Asia or the Middle East. A Hawaiian island-owning billionaire, Oracle’s Larry Ellison, stepped up and initiated a dazzling array of upgrades: new courts, stadium redesigns, Hawk-eye on every court, practice courts with stands, and trendy restaurants that oversaw the action.

Life was good; Indian Wells was a constant. Then it all stopped. Just days before the 2020 BNP Paribas Open was to begin, the tourney became the first big international sporting event to be canceled. Little did we know the havoc, sorrow and grief that would follow.

So, it was a thrill, after driving across the desert, to at last see it in the distance – “Charlie’s casa,” the house that Pasarell built. The biggest tennis palace in the world not named Arthur Ashe Stadium. Indian Wells’ center court, “Stadium 1” may have an underwhelming name, but just to see it again for the first time in 31 months took my breath away. Decades of memories – of matches and moments, of tears and triumphs, flooded my mind.

As play finally started at 11:06 AM Wednesday, my heart skipped a beat. The announcer told the few fans on hand, “Welcome back to tennis paradise.”

The stands were virtually empty, and Andrea Petkovic soon double faulted. I didn’t care. Just to be back was a thrill. There’d been times I’d wondered whether I’d ever get back to the garden – the Indian Wells Tennis Garden.

The winner of the opening match, Kazakhstan’s Yulia Putintseva, seemed to capture it all. She said, “I feel everything started here, so it has to end here.”

Roger This – Rogers Battles Her Way to First Final Since 2016