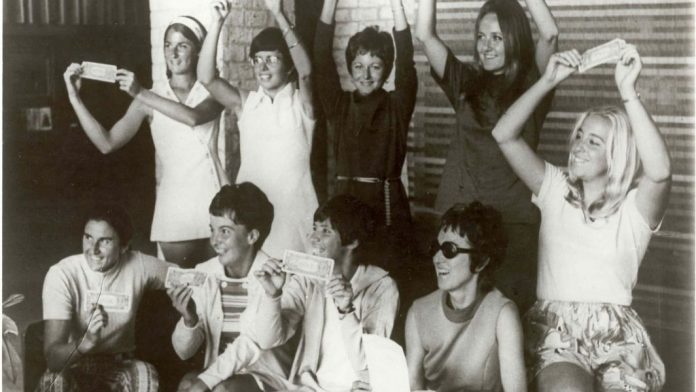 Many bristle at the media. Others, like Billie Jean King, say you’ve got to appreciate them because they promote our sport and tell our stories.

In fact, amidst all the sensational headlines and amusing typos, the media has at times shined. In 1950, the American Lawn Tennis Magazine published Alice Marble’s letter insisting that African American Althea Gibson be allowed to play in a then all-white sport.

French publisher Philippe Chatrier totally transformed the game in his country and beyond. Tennis Week came to the aid of the impoverished Althea Gibson. Tennis Magazine’s Chris Evert wrote an editorial urging Serena not to squander her talents. And Inside Tennis led the charge to have the US Open change the name of its stadium to Arthur Ashe Stadium and worked for 14 years to get Venus and Serena to return to Indian Wells.

But there has never been anything like the earth-changing work of whirlwind publisher Gladys Heldman. The former No. 1 player in Texas who in 1953 formed World Tennis Magazine, has been described as a razor sharp, ballsy woman with an incredible Rolodex who fearlessly navigated in a man’s world.

In 1970 she and Billie Jean came to agree with a dire prediction made by King’s husband Larry. He warned that as men’s tennis advanced, the modest women’s game would be cut out and left behind.

A “holy trinity” leapt into action. Billie Jean – affectionately known as “the old lady” or “Mother Freedom – joined with Heldman and Philip Morris cigarette mogul Joseph Cullman. King recalled, “The tension was clear – everyone’s life was going to be turned upside down, The men players were against us. The tennis administrators were against us – remember, there were no women tennis administrators back then.”

Heldman brilliantly conceived the idea of having players sign one-dollar contracts. But many stars were intimidated and refused to join. The USLTA bristled and flexed their considerable muscle, insisting the rebels would be suspended and never play a sanctioned tournament again. It was scary.

Still the indomitable Niners came forward, and at 3:00 PM on September 23, 1970 they signed their contracts, defiantly holding up their $1 dollar bills in what would become one of the most telling photos in sports. What a leap of faith.

Their first tournament, the Virginia Slims Invitational, was planned at the Houston Racquet Club. Thanks to Heldman and ticket sales, there would be $5,000 in prize money, plus Cullman added $2,500. Philip Morris was launching a new cigarette, Virginia Slims, intended for women and Congress had recently banned all cigarette ads on TV. So Cullman was all in, along with the Texas and Houston tennis associations. The unstoppable Rosie “Rosebud” Casals, a passionate 21-year-old lieutenant in the troop, won the tourney and pocketed a whopping $1,600. Led by promotional whiz Billie Jean, the players tirelessly staged media events, pro-ams and clinics. There were cutting-edge dresses from Ted Tinling, plenty of fun and lots of great tennis that fans grew to love.

Amazingly, just a year later, Billie Jean became the first player to win $100,000 in a season. The Virginia Slims circuit was created in 1971. In 1973 the WTA was founded, and Billie humbled Bobby Riggs in the Battle of the Sexes. No wonder that long ago, John McEnroe said that a percentage of every woman’s prize money should go to Billie Jean.

Now each year there are 55 WTA events in 39 countries with $179 million in prize money – that works. Top players are global brands. Think Serena, Venus, Li Na and Sharapova. And don’t forget that Sloane Stephens collected eight hefty contracts after winning the US Open.

Over the past 30 years, the wealthiest woman athlete has always been a tennis player. Last year, the ten richest women athletes were tennis stars. A while back, after Serena collected over $4 million for winning the US Open, King noted that it was more than the Original Nine had made in their combined careers.

Simply put, long ago tennis became the go-to sport for women, from little girls in Moscow basement apartments to wannabes dodging bombs in Belgrade, and a couple of sisters in Compton. This was just the vision that the Original Nine had. They would sit in an semicircle in Gladys Heldman’s Houston bedroom while imagining future generations, thinking globally and hoping to change the world.

To one of the Nine, Kristy Pigeon, the group was more powerful than the second wave feminists of the day. She contended, “A lot of those original feminists were missing the point…They didn’t make nearly as many waves as we tennis players did. We demonstrated that as sportspeople we were as interesting as the men. Our competition was stimulating to watch and could pull people in. For me, that’s a more powerful way of establishing equality.”

The Original Nine, King, Casals, Pigeon, Julie Heldman, Nancy Richey, Peaches Bartkowicz, Valerie Ziegenfuss, Judy Dalton, and Kerry Melville Reid, made waves that still reverberate. More than anything, they brought an “I am woman! Hear me roar!” sensibility that was heard in the boardrooms of Grand Slams where equal pay was eventually approved. Their work echoed in the Middle East, where officials no longer dare exclude Israelis.

It’s no fluke that a tennis mother in Scotland emerged as Europe’s Billie Jean King; that Wimbledon is now headed by a woman; that a defiant Chinese girl, Li Na, kick-started an Asian tennis revolution; that four mothers had incredible runs at this year’s US Open (which has a woman tennis director); or that teen Coco Gauff made an incredible social justice speech and 22-year-old Naomi Osaka (the second wealthiest athlete in the world) pulled out of the Western and Southern semis and has emerged as a moving voice for change.

Granted, all this change was, in part, based on the greatest sponsor in history, a company that unfortunately promoted tobacco. And if you’re really picky, you could claim that the Original Nine was not exactly the first nine. Beethoven’s ninth was written in 1824, and baseball has long featured nine on a side. But, silliness aside, one asks, has any other group had more impact on sports than the Original Nine?

Clearly there they ought to be in the International Tennis Hall of Fame. US Open champ Bianca Andreescu wrote to them: “Without your gutsy actions, vision and determination for a better future…we wouldn’t be here today. I first wrote myself a (pretend!) US Open check when I was 15. Every year, I’d look at the prize money and understand the sacrifice that went into ensuring it was equal to the men’s. It gave me that much more drive to continue to work towards my dream.” 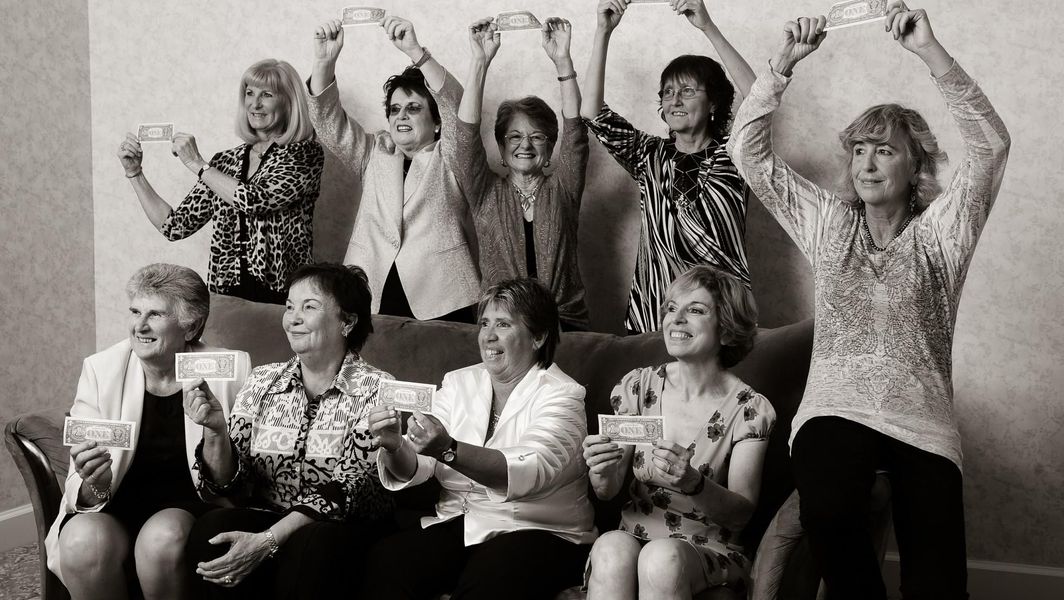