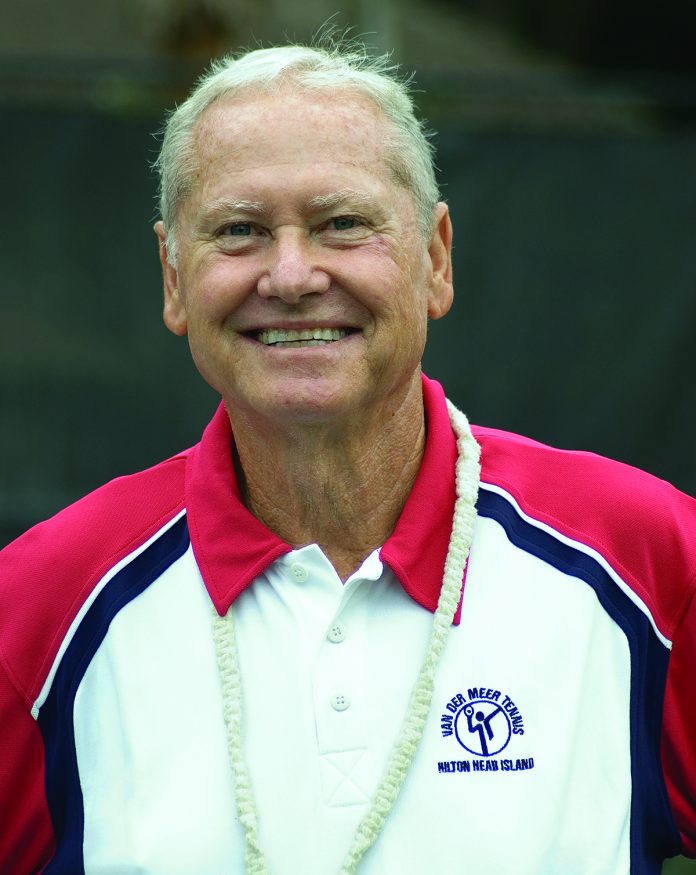 Some people are just different. They have an “it” factor, a commanding presence. They are giants.

Dennis Van der Meer, who passed on July 27 in South Carolina at age 86 after a long illness, was “only” 6’ 3”. He didn’t coach ten Slam champions, like Nick Bolletieri. He wasn’t a full-of-chuckles, media-savvy entertainer like Vic Braden, and he really wasn’t a deep-dive, “what’s it all about” guy like Peter Burwash, who brought wide-ranging ideas to myriad audiences.

But he was a giant. With his tireless passion and love, Dennis cut a wide swath across the game. Called tennis’ coach of coaches, he was the ultimate teacher. Often with a lanyard around his neck, he used his whistle as his tool. His message was clear – “Listen up. Do it right. This matters.” Whether guiding Billie Jean King, Margaret Court, South African pro Amanda Coetzer, a wannabe coach or hundreds of newbies in Japan, he taught technique with an astonishing mastery.

His prime protege, Dan Santorum, who has long headed the Professional Tennis Registry, founded by Van der Meer, told IT, “There’s nothing equal to the effect he had on coaches around the world. He really impacted millions. His gift was that he loved to teach. He was a showman who was at his best when he was on court. That’s where he thrived. A great actor knows how to turn it on – so did Dennis. And he was tireless. He had such a pace, such enthusiasm – and a passion for teaching. He’d start a clinic at noon on Monday and wouldn’t stop until midday Sunday. He’d fly to Japan and be on court the next day. And don’t forget, he could put a ball on a dime.”

Born in 1933 in a small village in Nambia, Southwest Africa, he was introduced to the game when, according to The Island Packet, his mom “strung a rope over some sticks, handed him a ratchety racket and told him to hit the ball.” Van der Meer’s parents were missionaries. So was Dennis –  his mission was tennis. Few loved the game more than this man, whose PTR group includes 15,000 pros across America and everywhere from Britain to Brisbane.

For years Van der Meer’s life had a nomadic pulse. When he was a child in Nambia his family roamed from village to village. Then they moved to Capetown, and, in 1961, Dennis headed off to America, living in Northern California and Tahoe before settling in South Carolina. His genius was mastering consistent techniques to hit a yellow ball. His theme was, “Keep it simple. Keep it fun.” But he was always driven by a churning entrepreneurial instinct.

He taught at the Berkeley Tennis Club where the traditional place embraced his untraditional ways, like his pet ocelat named Dropshot, who liked to chase balls on back courts. Van der Meer soon began innovative camps. Then he bought coastal swampland in Hilton Head and turned it into a tennis university, where for years 50 pros a week would fly in from all over the world to gain his wisdom. Then he created a Hilton Head academy that still thrives. He made many videos, and his prime book, “Dennis Van der Meer’s Complete Book of Tennis,” was a winner.

But in 2011 he suffered a debilitating stroke. Still, his considerable team, including Santorum and his almost saintly wife Pat, sustained his work. The stronger-than-ever PTR is now in 125 countries, and its annual symposium remains a much anticipated gathering for hundreds.

Van der Meer’s calling card was that whistle of his. “He used it to bring people together,” notes Santorum. “He brought our tennis community together. He made us one. If there’s one word to describe our group, it’s family. He’s affected millions. He was all about diversity. A third of our coaches are persons of color. You don’t see that anywhere else.”

Van der Meer’s legacy is global. The head of Lake Nona in Florida, the chief of Tennis Australia, the game’s leading mental toughness guru and player development chiefs from Norway to Italy all have Van der Meer connections. On his passing, there was an outpouring of sentiment. Teaching pro John Gruberg said, “He made my serve – and changed my life.” Coach Dick Gould said, “Few have done so much to raise the standard of the game. It is truly unbelievable how many he has touched. He made so many people and coaches so much better.”

Billie Jean King had a similar message: “He touched the lives of so many in and out of tennis. He was an innovative coach, a Hall of Fame human being and a real champion in every sense of the word.”

Of course, it kind of helped that the guy had a special gift: a photographic memory. Even if he was doing a clinic with 100 students, in a flash he’d remember every name. And for decades tennis will remember this name: Van der Meer – the giant with a lanyard and a vision whose passion transformed our game. 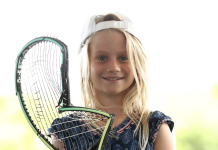