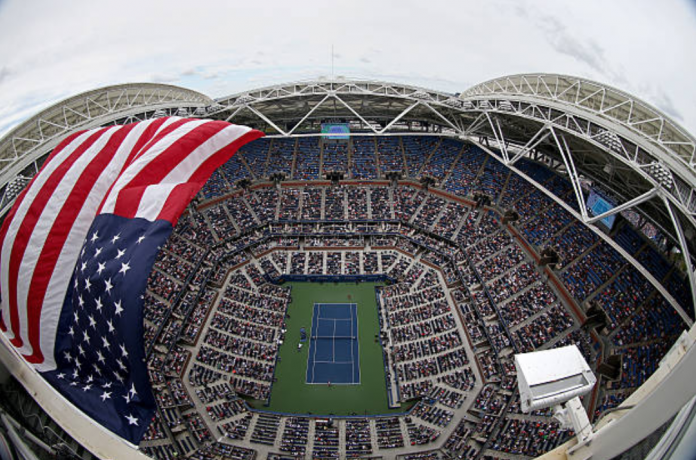 In a phone interview today with Inside Tennis, USTA Executive Director Michael Dowse said the federation is still hopeful they will host the US Open this year. Even amidst the pandemic, the recently appointed Dowse, who has been drawing strong reviews for his leadership, seemed upbeat. The industry veteran said the USTA could assist with arranging for pro players to come safely to the Open and might help in getting testing.

“Nothing,” he noted, “is off the table.” This would include having the event with fewer fans or virtually none at all. He indicated that moving the iconic New York event to Indian Wells, with its 16,000 seat stadium, and hosting it as late as November was also a possibility. Dowse said the USTA’s decision making is still consistent with what they outlined a couple of weeks ago in a telephone press conference.

“There’s too much speculation – we’ll know so much more in June. In reality it’s certainly possible to play without fans. No formal decision has been made about Indian Wells. Whatever we do, we’ll have to do it in alignment with the owners of Indian Wells, and the ATP and the WTA. These days the most energy is on social distancing.”

Dowse reported his fellow leader, USTA President Patrick Galbraith, was on a phone call yesterday with President Trump and top executives of other major sports such as football, baseball, basketball and hockey. Dowse said, “All of us want the US Open to happen and we are ready to help with increased testing and to help players get in and out of the country. We have three priorities: 1) the health and well-being of the players, staff, fans and all those involved; 2) what’s good for tennis; and 3) the financial impact. Everything is still on the table and we’ll be going forward based on the three-phase approach noted in the federal guidelines.”

As for grass-roots play, Dowse told IT, “Things are starting to open up at public courts in Riverside County, CA, in Atlanta and in Dallas. In the next ten days tennis might be opening up on outdoor courts as part of Phase 2 of the federal guidelines. It’s all happening in real-time.”

Inside Tennis noted that the US Open’s facility, which has been actively used in New York’s epic battle against the pandemic, was named for human rights pioneer Billie Jean King and Arthur Ashe, who long fought against AIDS. The USTA Billie Jean King National Tennis Center has been converted for medical use with a capacity of 450 beds and its commissary can make up to 25,000 meals a day for health providers, first responders and neighboring children.

Dowse said, “I think it’s perfect. It’s just in the spirit of what Arthur stood for and what Billie Jean still stands for.”

Roger This – Rogers Battles Her Way to First Final Since 2016