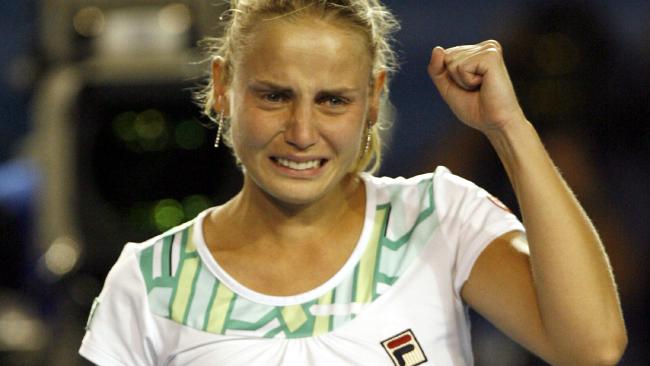 The US is experiencing one of its periodic surges of outrage about sexual harassment and sexual assault, especially of underage victims or of females powerless to defend themselves against male authority figures. Critics ask how is it conceivable that Donald Trump can brag on video tape about grabbing girls’ genitals and still get elected President? How is it possible Harvey Weinstein assaulted dozens of women over many decades, yet remained a liberal hero who supported Hillary Clinton and feminist causes? How is it imaginable that Kevin Spacey, not to mention Judge Roy Moore, could for years grope teenage boys and girls without suffering legal consequences or public exposure until now?

Perhaps in the months ahead the American judicial system will produce answers to these questions and take steps to see that this reprehensible behavior is punished and never happens again. On the other hand, it appears equally likely that wealthy, politically influential people, abetted by savvy lawyers, will ensure that the full story never emerges. If the truth is fudged or buried, and justice is frustrated, there will be a sad precedent for it – one provided by tennis, the Teflon sport, which has consistently ignored evidence, dismissed eyewitness accounts, intimidated victims, brushed off expert opinion, refused to involve the police, and punished journalists who dared write about this injustice.

Just this week Jelena Dokic, the former Wimbledon semi-finalist, published an astounding book, “Unbreakable,” about the physical abuse she suffered at the hands of her father Damir. The book details punches and kicks to the head that became “normal” over time because of their regularity; Dokic also relates that in the rare periods where physical attacks weren’t taking place, they were replaced by emotional abuse. After one Wimbledon loss her imposing Dad insisted that she could not return to their hotel.

In recent years, some players rising in the ranks, including Croatia’s Mirjana Lucic and Switzerland’s Timea Bacsinszky, have candidly spoken out about the abuse or harsh treatment they’d been subjected to by their fathers. On the men’s side, conversations abound about the abuse of assorted players, from Andre Agassi to David Ferrer to Bernie Tomic.

My introduction to sexual abuse in pro tennis began in 1991 when I was researching “Ladies of the Court”, a book I would write about the women’s circuit. A fellow tennis enthusiast in Charlottesville, Virginia, Gregory Briehl, told me he had financed his education by laying down the carpet for indoor events. Briehl said it was an open secret that coaches took sexual advantage of young girls. After grad school, he became a practicing psychologist and treated a number of female players who had been sexually exploited by their coaches and suffered deep emotional damage. He gave me the case histories of several adolescent girls who had been coerced into having sex with coaches.

As I followed the WTA tour, I confirmed Dr. Briehl’s claims in interviews with hundreds of players, coaches, parents, psychologists, agents and tennis insiders. There was no mystery about what was happening, and you didn’t need to be Woodward or Bernstein to discover the truth. On the pro circuit, everybody knew who was sleeping with whom and everybody had stories about coaches and older players preying on young girls. Celebrated teaching pro Denis Van der Meer estimated that 90% of the coach/player relationships in the women’s game were sexual in nature. How many of them were abusive or criminal, he said, was a matter for legal authorities to determine. But the police and legal authorities were precisely the people never notified or even consulted by tennis authorities. Instead, the WTA continued checking juvenile girls and adult male coaches into the same officially sanctioned hotel rooms, and it arranged for young players to receive massages and physio from male therapists without abiding by Olympic regulations which require a third party to be present. When I learned that a USTA male coach had been fired for sexually inappropriate comments and touching, I contacted a USTA source who anonymously corroborated the story. As soon as this information was published, my source called in panic to warn me that the USTA had launched an in-house investigation – not to find sex offenders, but to find out who had spoken to me. Subsequently, I received a letter from the USTA demanding the name of my source and threatening legal action. On the advice of counsel, I replied with a reminder to the USTA about the First Amendment.

Interestingly, nobody at the USTA, the WTA or the ITF ever denied that coaches were having sex with players, many of them under age and in no position to offer legal consent. Instead, they rationalized the practice. In one particularly memorable interview, Pam Shriver acknowledged some players and coaches were intimate, but suggested putting this in the context of college professors sleeping with their students. Never mind that most universities have rules governing faculty/student relationships. And given the age of many girls in pro tennis, the problem was actually more comparable to a high school gym teacher having sex with a kid.

“Ladies of the Court” came out in the lead-up to the Miami Open and the Fort Lauderdale Sun-Sentinel broke the story about the book’s revelation of sexual harassment and abuse on the circuit. Tennis authoritiies didn’t take the news quietly. The tournament cancelled my press credentials and revoked its permission to sell copies on site. It’s hard to imagine a more emphatic signal to other reporters that this was a subject they covered at their peril.

In subsequent years, I tried to persuade tennis authorities and the press to take sexual abuse seriously. New rules were instituted forbidding even consensual sex between coaches and players under seventeen. When the French Federation fired three coaches, including Patrice Dominguez and Loic Courteau, for having affairs with girls on the national training team, this seemed an encouraging sign that even in a society with relaxed views about May-September romances there are some lines that can’t be crossed. But eventually Courteau returned to coaching, and Dominguez was rehired in 2005 as a director by the French Federation. The Associated Press requested an explanation of this turnabout, but not a single WTA or FFT official would comment. After Dominguez died in 2015, a celebration of his life took place on Court Centrale during Roland Garros.

At the French Open I received a tip that a former Wimbledon champion claimed she had been raped at the age of 16 by a coach who was still on the tour, and she was willing to talk about her experience. When I submitted an interview request, the player agreed, but the WTA sent along a minder. As soon as I mentioned the coach and asked about his behavior, the WTA minder interrupted, objecting to the question. I argued that this was unprofessional, but the player cut things short, saying her coach had done nothing wrong. I complained to WTA officials, including then-tour director Bart McGuire, that the minder had clearly signaled the player not to discuss sexual abuse.

In 2007, again in Paris, I ran into Isabel Demongeot, formerly a top ranked player in France whom I had interviewed for “Ladies of the Court” and who had gone on to coach Amelie Mauresmo. She recounted a hair-raising story and said she had written a memoir, “Service Volé.” When she was thirteen, her coach, Régis de Camaret, then in his late thirties, had sexually molested her. Stunned and confused, Isabel stayed silent for years as Camaret went on to rape her and subject her to sexual outrages that she believed destroyed her emotionally and ruined her as a player. She filed charges against Camaret who was arrested, and more than a dozen other girls came forward to testify that he had also sexually assaulted them. Camaret acknowledged having sex with Demongeot, but claimed she was older than 13 and had consented. Ultimately Camaret was convicted of the violation and attempted violation of underage girls. In 2014 he was sentenced to 10 years in jail.

I attempted to spread word about the case. But American and British reporters remarked that it would be difficult to generate interest in a French player. It might be different, they said, if she had ever won a major title. This reminded me of Mary Pierce and her physically abusive father Jim. That story had interested no one until Mary’s ranking improved and her father threatened the life of a reporter for the New York Times. The takeaway seemed to be that violence against lower-ranked girls simply had no traction.

Isabel Demongeot told me many players, among them Yannick Noah, had spoken out in support, and she had received countless letters from girls who sympathized with her and in some cases had suffered similar abuse. But Demongeot’s greatest disappointment was the WTA’s lack of response. Since she had traveled to tournaments around the world with Camaret, she suspected that the WTA knew about their relationship. But no one had offered help then, and more significantly, no current WTA official welcomed the input she offered about how the tour should handle sexual abuse cases.

The subject of sexual abuse is squalid – unpleasant to write about or read about – and it inevitably prompts vicious pushback. But as the bravery of women in the Me Too movement proves, a culture of indifference and corruption can be changed if victims speak out and if the press takes them seriously. So I’ll close by calling on men and women in tennis, current players as well as retired veterans who are still commentators, to step up and tell their stories. They’re aware of what’s going on. In many instances, they remember what they went through. Why not join the world-wide movement to publicly shame offenders and make the tennis tour a safer place?

Michael Mewshaw’s “Ad In Ad Out,” a collection of his tennis essays, is now available as an e-book.