“We are on Earth. He plays on another planet.” —Nicolas Kiefer on Federer

Yesterday we spoke of a young genius – Naomi Osaka. Today we had a golden opportunity to see an “old” genius, a fellow named Federer. Recently the gifted dance critic Sarah L. Kauffman noted, “It’s not only the ancients who looked at athletes and saw classical ideals and paragons of beauty. To many…[Federer] belongs equally to the realm of aesthetics as to sports…I’m interested in the living, continuous, moment-to-moment pleasure of watching him play, and the artistic value of this.”

Today Roger played on the French Open’s No. 2 stadium, Court Suzanne-Lenglen. It’s intimate and the press seats are sublime. Today, it was a red, white and blue celebration – red clay, white hats and blue skies. It was a peak experience to watch the Swiss master from just 25 yards away – yet I was shocked.

What first impressed me wasn’t Roger’s sinewy musculature, his fluid backhand, his balance or his footwork. It wasn’t even his receding hairline, the deepening lines in his face or his controversial pale brown outfit (which actually has a subtle appeal, despite all the noise).

What first struck me was the sheer beauty of Roger’s sublime service motion. It’s not as distinctive as McEnroe’s iconic corkscrew delivery. His bend isn’t as deep as Boris Becker’s or as flexible as Stefan Edberg’s. He doesn’t unleash rocket blasts like John Isner and Ivo Karlovic. But it has an economic simplicity and beauty that’s pure Roger. Like Pete Sampras’ serve, it’s hard to read. Feet flat, slightly hunched over, Roger rocks, unwinds and blasts – a quiet, lovely explosion. It’s so Federerian. Later Roger talked with me about his serve. “For me,” he said, “it’s about variation and power.” Deep into the final set of his match against 20-year-old Casper Ruud, the Norwegian had a break point. Veteran broadcaster Peter Marcato promptly predicted, “Here comes an ace.” Bingo! Ruud didn’t come close to getting his racket on Roger’s deep serve. The master escaped the 124,597th crisis of his career.

BALLETIC BALANCE: We’re shocked when he stumbles. We gasp when he falls. The man defines athletic grace. Rarely do we see an odd stretch, or a desperate leap like, Becker or Monfils. There are few grunts. Even his hair-trigger stabs soothe the eye. Everything is so finely calibrated. Yes, he’s a perfectionist like Fred Astaire. More to the point, he seems like a bounding Mikhail Baryshnikov. The late David Foster Wallace noted, “Federer is of…a type that one could call genius, or mutant, or avatar. He is never hurried or off-balance. The approaching ball hangs, for him, a split-second longer than it ought to.”

BACKHAND: The stunning fluidity of Roger’s backhand is the most beautiful thing in our sport. It’s the stroke that captivates us and packs arenas in every corner of the globe. Here we see his freedom, his power, his inventiveness, his singular skill. This is the man who cannot avoid beauty. Yes, his backhand can be attacked, especially on clay. He makes occasional mistakes. And never mind that he would never teach his kids a one-hander. Roger hits his backhand flat, he slices it with a wicked ease or comes over the top. He prepares, he leans in, he uncoils, his wrist is firm, he blasts to the corner or right at you. He told me, “My backhand is there to defend me from tough positions.”

FOREHAND: Roger added, “My forehand is there for me, you know,” Roger said. But amidst all his razzle dazzle, it’s easy to ignore the gift that’s right in front of us. It isn’t as fabled as Rafa’s topspin wonder. It’s not as big as Juan Martin del Potro’s laser. But it’s powerful, reliable and, as it has been for 16 years, one of the best in the game. It imposes, it has variety, and it’s unpredictable. Ruud said he never knew what to expect – power shot or drop shot. It kept him off balance. In the third set, when Roger was deep off the court and going backwards, he hit a slow, but perfectly timed, sharply angled inside-out winner that astounded.

Writer Kauffman adeptly noted, “[Roger] sends the ball streaming to the opposite baseline like lightning from the fingertips of Zeus. We see the shot and don’t see it at the same time. The conscious mind can’t understand how it happens. But the interplay of his movement and our emotions affects us on a level of pure feeling.”

LIFE’S A CIRCUS: Federer can grind – he can be a street fighting man. But he delights us with circus shots of wonder – creativity matters. We remember his US Open tweener that shocked Djokovic. YouTube reminds us of the overhead shocker he hit from far off the court off of a Roddick overhead. Today, with his back almost to the net, he unleashed a backhand overhead winner. The cheers could be heard in Belgium.

RETURN OF SERVE: Roger’s slice return of serve has been said to be, perhaps even more than Nadal’s forehand and Djokovic’s down-the-line backhand, the most important stroke of our era. Time and again he blocks his foe’s serves. Mighty blasts are neutralized with a deflating ease. Just ask Andy Roddick. Yet, Federer told us he was “scared to miss it.” Roger Federer scared? That’s a new one.

VARIETY AND DEFENSE: Anticipation, court savvy, and speed – Roger has it all. And he has every shot in the book – except a two-handed backhand. Today, he took away Ruud’s time  – he didn’t give the Norwegian any openings. Andre Agassi once noted, “Pete [Sampras] was great—no question. But there was a place to get to with Pete. You knew what you had to do…There’s no such place with Roger. He’s the best I’ve played…His success is a reflection of all the things he can do.”

FOCUS: Celebrities are in the stands. There’s Bjorn Borg chatting with Stefan Edberg. Romance is in the air. Fans yell out, “We love you!” or ask “Will you marry me?” Parisian kids in Yankee hats, red-bearded fans from Normandy or ladies in straw bonnets do the wave or chant “Raw-ger! Raw-ger!” The man is a god, but an aging one. And he’s reminded of his age. When he was just 17 and the best junior in the world, he practiced with Casper’s father Christian. But Roger’s focus is legendary. His precision is Swiss. He’s patient. If there’s no opening, he waits. He works the point, creates his moment and then pounces. Today he was a 6-3, 6-1, 7-6 winner.

EASE AND ELEGANCE: Light on his feet, so easy on the eye, Roger’s a flowing artist, an athlete, a brand, a businessman, an ambassador, a humanitarian and a family man. Okay, we still see hints of the boy, a silly, almost childish side. His smiles are impish. He beats you on the court, then he’s your pal in the locker room. Roger’s Roger – he’s both revered and one of the boys. Still, when asked to describe himself in a word, he told Tennis Channel “elegant.” One observer noted he “is a classical musician whose symphonies have the power to enrapture us…He is the artist who paints a masterpiece with his every move.”

He did today. He always does. 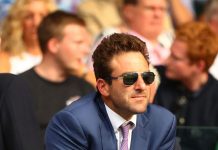 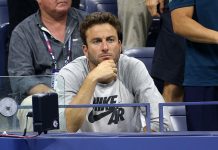 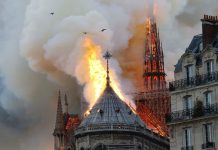