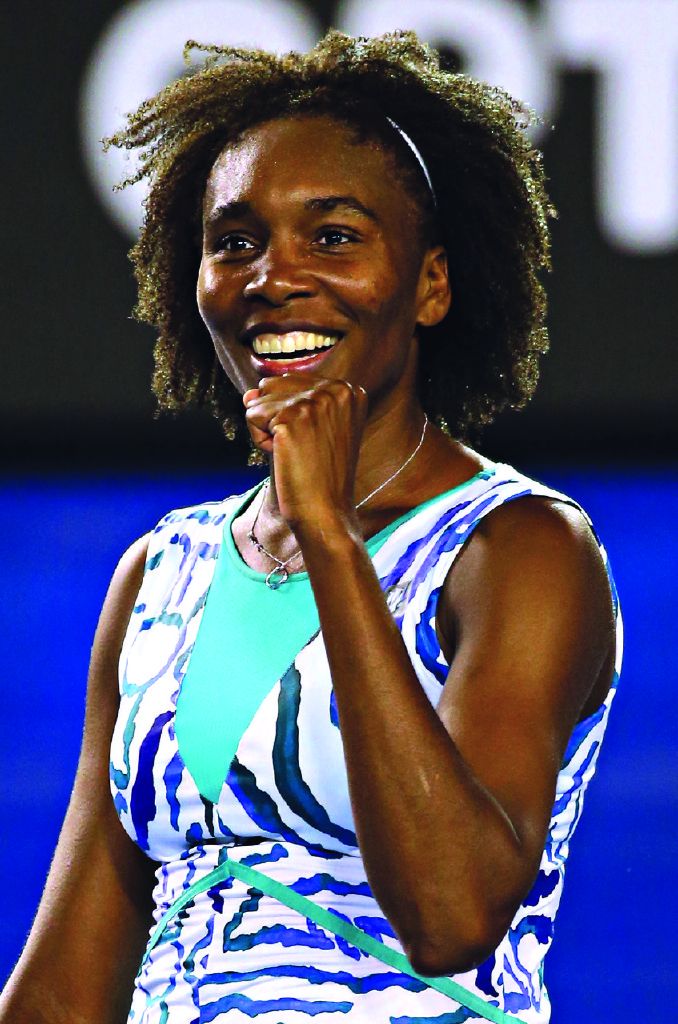 She was thin, wide-eyed, a tad scared, and not so sure what she was getting into. That was Venus Williams when I saw her play her first pro match at the Oakland Coliseum in 1997. Just 16, she was a waif taking on the world. The New York Times and CNN were court-side, and all of tennis was curious.

So what about this little kid from the ‘hood?

The hype machine revved up and amplified the astounding claim of her boisterous pop, who insisted, “Venus [is] pretty much ready to revolutionize tennis. These pro girls will have a major-league problem dealing with her.”

“If everybody believed everything they read about her,” said Martina Navratilova, “We might as well all go home, because Venus Williams is going to beat everybody.”

“Yeah,” said Chris Evert, “She’s the greatest that ever lived.”

So there kid-Venus was: a little girl, storming the formidable bastions of a very foreign, very white universe, and a world of lofty expectations.

In this context, could she be anything but intense? This was not the cerebral, deferential, user-friendly Arthur Ashe. Venus was steel.

Early at one Miami championship, Venus predicted that when she became No. 1, her sister Serena would be her chief competition. The bold but prescient claim prompted Martina Hingis to quip, “Oh, that’s nice … I didn’t have that much self-confidence after winning one match.”

Soon there were feuds with fellow players about just who kicked whose tennis bag. Fans gasped as they witnessed “the bump,” Romanian Irina Spirlea’s collision with Venus during a US Open changeover. There were ongoing claims that papa Richard Williams was fixing matches when his daughters played, and then came that troubling day at Indian Wells after Venus suddenly withdrew from her semifinal match against Serena. Life was not easy.

No wonder Venus and Serena were inseparable. “You and me, baby, against the world!” they appeared to shout. And they took up plenty of oxygen. They were the talk of tennis.

“It’s like all of my press conferences … are about Venus and Serena,” complained Kim Clijsters. “I would really appreciate it if they were about my tennis or something.” 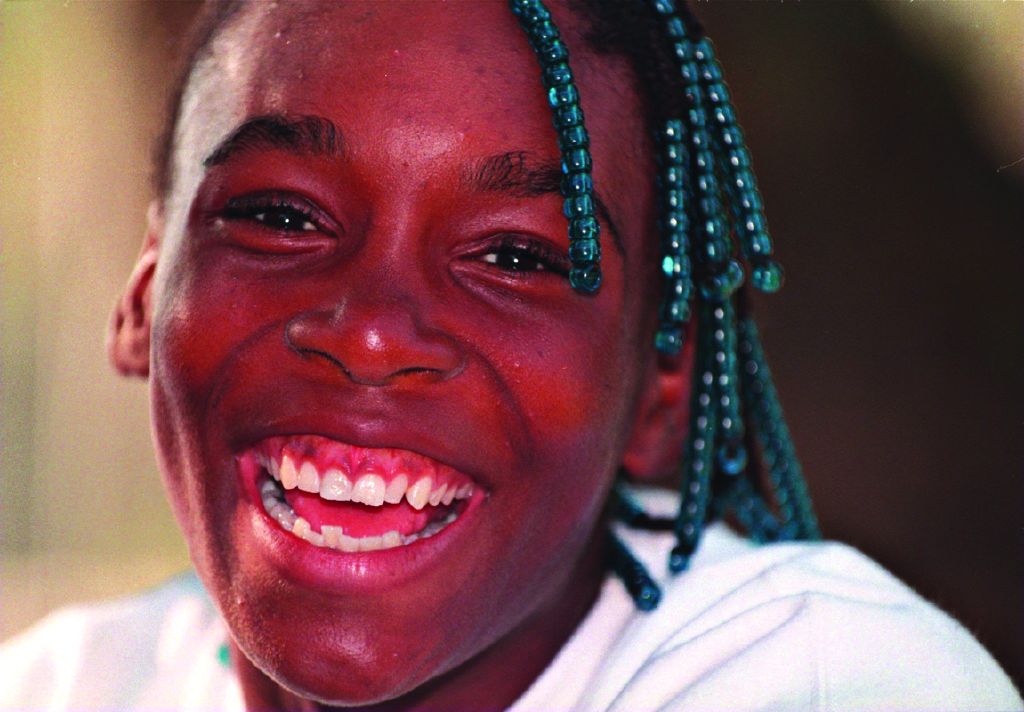 From the outset, dissing the Williams clan was a kind of ‘go-to’ reflex. For starters, they were criticized for shunning junior tennis. They were said to stick too tightly together. Fort Williams had few cracks, few were let in.

Then it was said that Venus and Serena didn’t focus enough on tennis, and they drew heat for not playing Indian Wells. Sometimes the Williams criticisms were a tad too blunt and envious. “She thinks she’s the f—ing Venus Williams,” said Venus’s livid foe Irina Spirlea. And sometimes the putdowns were just delightfully nonsensical. After losing the 1998 Miami final, Anna Kournikova claimed, “Venus didn’t beat me. I lost. That means I’m a little better than her.” Got it.

Sadly, there were times the commentaries had racial undertones. Venus and Serena were pegged as just “athletes” and bashers who were explosive and could run. But they weren’t craftswomen, or thinkers, and they desperately needed professional coaching. Their mother Oracene countered this, saying her daughters didn’t get the credit they deserved: “No way. Because black people are always [viewed as] just athletes. They’re strong and tough and they can’t think. They’re not intelligent.”

Of course, the Williamses’ tall, broad and powerful bodies drew attention and ramped up the game. But not everyone was pleased. “I’m not Venus Williams. I’m not Serena Williams,” said Kournikova, “I’m feminine. I don’t want to look like they do. I’m not masculine like they are.” And just last fall, Shamil Tarpsichev, the head of the Russian Tennis Federation, referred to Venus and Serena as “the Williams brothers” and said, “It is scary when you really look at them.”

Actually, when you really look at Venus and Serena, you can’t avoid a simple reality. They transformed tennis.

Venus told Elle magazine, “Serena and I are exactly the opposite of anything that ever happened before in the game. The old tennis world was pretty reserved, but Serena and I are bold. We stand out. We have color. We’re strong. We’re pretty. We have personality. We think things out. We’re smart.”

Sure, the critics howled that the blunt, less-than-sweet Williamses were arrogance incarnate. Hardly a wallflower, Venus didn’t hesitate to show up at press conferences with in-your-face T-shirts like the one that read, “Strong, smart, confident, equal.” Often they would tweak the media. When asked if she wanted to win an Academy Award, Venus joked, “You can’t really beat winning [an Oscar], but you can always win Wimbledon.”

Well, she’s won five times at the All-England Club. But not everyone got the joke. Jon Wertheim contended, “The Williams sisters wield authority like no other players. Were they male, we would applaud their ‘intensity,’ their ‘competitive streak,’ their ‘ferocity.’ Because they are women—black women, no less—they are ‘catty,’ and they are ‘trash talkers.’ To quote John McEnroe, ‘They lack humility.’”

Some spoke of the Williamses’ “willed obliviousness” to others. Fair enough. Venus was always unapologetic and rarely hesitated to pour fuel on the fire. She claimed, “People criticize me for being arrogant, [but maybe it’s] because I’m a little smarter than the others.”

No wonder Mary Carillo noted, “This woman and her sister dance on the edge of a volcano more than any other champs I’ve watched.”

More than that, Venus has “summited” many a tennis mountain. The Jehovah’s Witness—who’s been partial to karaoke, Asian antiques and Harry Potter—has won 46 singles tournaments, including seven Grand Slam singles and 13 Grand Slam doubles titles. She’s been ranked No. 1, has won Olympic gold in both singles and doubles, pocketed about $64 million, and been in the top ten for 13 of her incredible 17 years. When Venus was rising, Navratilova confided, “I’m glad I never had to play her. She’s just too long, too fast. She’s so imposing, you feel like you’ve got no place to go. She makes you feel you need to hit a better shot than you’re really capable of.”

Bottom line: it’s hard to question Venus when she says, “If I had listened to everyone else, then I would never have made it out of Compton. I’m living in Palm Beach Gardens now. It’s pretty nice.” 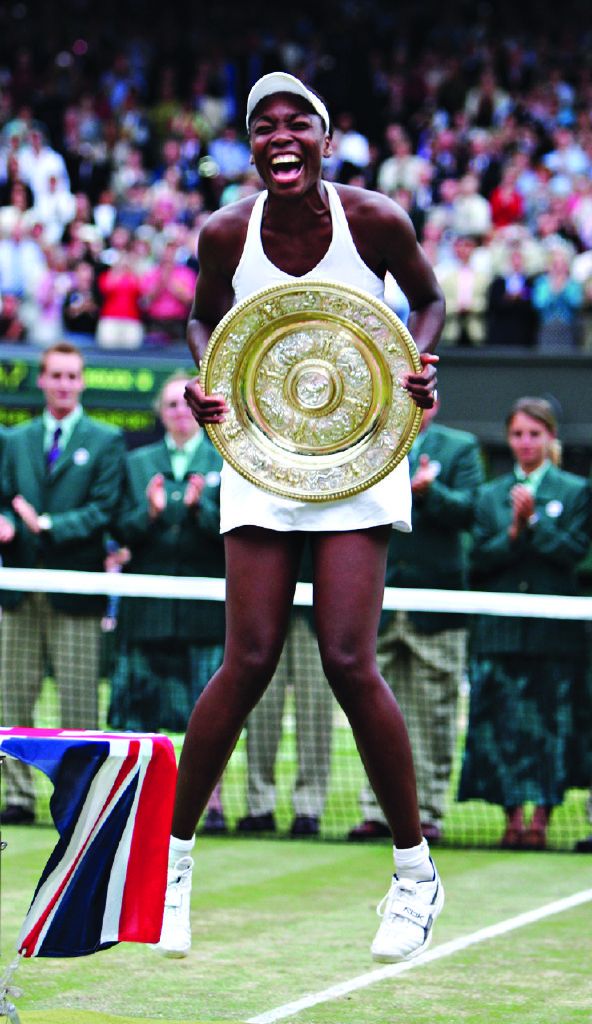 What’s also nice is that we relish our Venus memories: the lean, ecstatic champion leaping with joy after beating Lindsay Davenport in a classic Wimbledon final. We recall the best older sis in sports, hugging Serena after they won Olympic gold, and we remember a reflective champion poignantly explaining how she was confronting Sjogren’s syndrome, an energy-sapping malady no one should have to battle.

More than anything, we’ve delighted in witnessing the raw, wide-eyed girl morph into an appealing woman of substance—confident and brimming with joy and an easy gravitas. Once a bit of a flamethrower, she stepped up in the best tradition of Billie Jean King to lead the fight for equal pay. When the Israeli Shahar Peer was banned by a Middle Eastern tourney, she insisted ‘no way,’ and stepped up to right a rather wretched wrong. Now she’s blossomed into a multitasking talent who, despite her complaints about Accounting 101, is working on an online degree in business from Indiana University. She’s an entrepreneur with her own interior design company, and a clothing business, EleVen. All the while she’s also a bit of a goofy, self-deprecating comic who refers to herself as a big kid and still loves to giggle. The woman who 11 years ago told us that she “was older than I used to be,” recently informed us that she has “been around since the dinosaurs.” At the Aussie Open she confided, “This old cat still has a few tricks left in the bag.” Apparently so. This year she has wins over Aga Radwanska, Caroline Wozniacki and Sam Stosur. She won in Auckland, reached the semis in Doha, the quarters at the Australian Open and in Miami, and has risen to No. 15 in the rankings.

Now Venus is mellow, empathetic and reflective. When told that Li Na was pregnant, she beamed and said, “How sweet.” When speaking of her interior designs, she sounded Zen-like, explaining, “The principle of the design … [is] harmony, rhythm and balance, [which] are all the same with interior and fashion design.”

It’s no surprise that many of America’s top young prospects, such as Madison Keys, Sloane Stephens and Taylor Townsend, are women of color who feel empowered to follow in her footsteps.

Serene, minimalist and comfortable in her own skin, Venus tells us that she has “a good life, a good family, and a good little dog. I couldn’t ask for more … My whole view is that I’m really blessed to be here. I’m living the dream.”

And for 17 years, tennis has been captivated by her transformative dream. Sure, the sisters used to attract doubters. Now they attract accolades.

Tennis showman Arlen Kantarian said, “Venus and Serena are to tennis what the Yankees are to baseball; what the Lakers are to basketball; what Tiger Woods is to golf. Only in our sport it comes in a pair.”

Billie Jean King claimed, “They provide more drama, more bang for the buck, than anyone else in the sport. Their drive to come back, their will to win, is unequaled.”

John McEnroe went further, saying that Venus and Serena are “the greatest story in sports history”

Then, of course, there was the greatest of all Williams compliments, when journalist Gianni Clerici told us, “What tennis needs is a third sister.”

True enough, but let’s not be greedy.

After all, singular Venus and that little sister of hers have lit up our tennis lives like no other duo. And that’s more than enough.