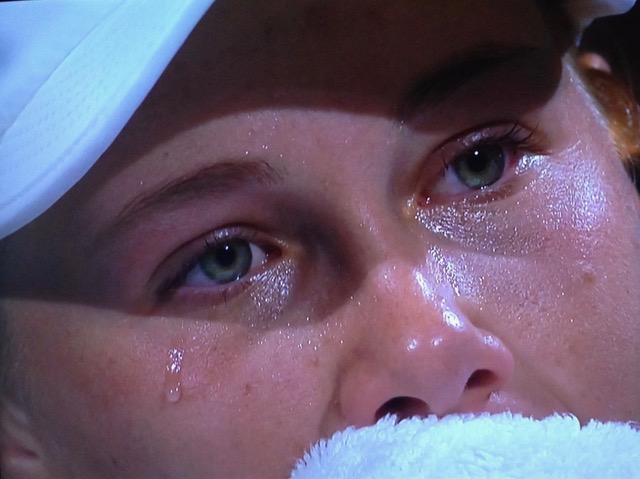 The anticipation boils. The greatest tennis nation in the world is about to give us its greatest tennis event – the US Open. The hype is relentless, the story lines run deep. This year promises to be better than most.

At last Americans can breathe easy. The game has given us a new generation of can’t-miss young American women who will thrill us for years. Coco Gauff beat Venus at Wimbledon and soared into space before coming down into the embracing arms of her idol and No. 1 fan Michelle Obama. A twenty-year-old Florida pounder with pace and purpose, Sonya Kenin, beat Serena and No. 1 Ash Barty, and reached the Cincy semis.

But there’s more: a dreamy protege who seemed to be destiny’s child appeared to have it all. Amanda Anisimova not only has nifty tennis initials like Arthur Ashe and Andre Agassi, she’s on a proven pathway: her Russian parents brought her to Florida. She’s blessed with flowing shots, easy power, great will and wisdom far beyond her years. One asks, what’s more amazing, her backhand or her calm? At a photo shoot one day, in a Winner’s Circle the next, she’s comfortable in her own skin. She radiates a blue-sky joy.

The first player born in the 2000s to reach a Slam semi, the 17-year-old won last year’s US Open Junior final over Gauff, reached the French Open semis, is ranked No. 24 and is the youngest player in the top 100. With flowing long hair, lovely strides and fine balance she’s a delight to watch. A fun-loving kid who giggles with friends, she likes to cuddle with puppies and enjoys social media. One minute her Twitter feed warns you, “Don’t touch my fries and we are good.” Then she’ll ask that eternal question, “Why are pineapples acceptable on tacos but not on pizza?”  She laughs over a video of herself playing golf for the first time. She confides, “I love randomly remembering things I completely forgot.” She wants to move to California and find a surf teacher.

But she’s hardly a Valley Girl. She has often spoken out against gun violence. She loves to reflect. Here was an idyllic life brimming with cheer and a finely-tuned talent that has brought her early fame and fortune. Anisimova’s Twitter slogan is, “If you think your dreams are crazy, show them what crazy dreams can do.” Never mind that a back injury had slowed her of late. Here was a beauty that dazzled and a precocious talent who delivered. Her potential seemed boundless. The game’s biggest stage awaited her.

Then her world collapsed.

Her beloved dad Konstantin, her adept coach who was thought to be in his early 50s, was found dead on Monday August 18th, the apparent victim of a heart attack.

Twenty years ago I was secluded with my wife and kids in a remote phoneless house. Below me a sheriff’s car slowly wound its way up a rocky Montana road. The morning was bright – my feelings were dark. “This can’t be good,” I mumbled. The officer came to the door. “Bill Simons?” he asked. “Yes.” My world would never be the same. My father – the man who’d taught me how to stroke my first forehand, who’d driven me through the snow to find an indoor court, who’d gotten me tickets to the US Open and imparted to me his passion for tennis – was gone.

Some fathers excel. Wayne Bryan of the Bryan Brothers’ fame and Chris Evert’s dad Jimmy come to mind. Monica Seles’ pop drew cartoons. But many tennis fathers are problematic and cross boundaries. Pam Shriver made a devastating point: “Lindsay Davenport’s father is my favorite tennis dad,” she quipped. “I never see him.” Many dads are low-profile or absent. Connors was guided by his mom and grandma. Sampras’ father hated the media and rarely appeared. Federer’s father missed out on his son’s first Wimbledon triumph and is a mellow presence. It’s Nadal’s uncle, not his dad, who’s been most impactful. Maria Sharapova’s father brought his daughter to America with $700 in his pocket. Michael Agassi rigged a tennis ball over his son’s crib. Richard Williams was a singular visionary who guided his daughters to the top of a white game.

There’s also a long history of abusive fathers called “Dads from Hell.” Jelena Dokic, Jennifer Capriati and Steffi Graf all passed through a gauntlet of painful excesses. At the July Hall of Fame induction of Mary Pierce, the memory of her late father lingered. There had been much healing. Still, his abuses had not been forgotten.

Just 17, Amanda is sweet, yet tough. Still, her loss will be devastating. Even before her dad passed, her Twitter feed was filled with thoughtful, almost eerie, commentaries reflecting on the impact of pain and the value of strength and perseverance. Just the other day she featured a poster that said, “Keep going. Your hardest times often lead to the greatest moments of your life. Keep going.” Anisimova recently tweeted presidential candidate Marianne Williamson’s claim, “Pain can burn you up and destroy you or burn you up and redeem you.” If Amanda is seeking supportive narratives she might reflect on the poignant journey of the ATP’s Stevie Johnson, who, like her, suffered the sudden loss of his relatively young dad and coach.

In a brave, raw remembrance co-written by Andrew Eichenholz and published by the ATP, Johnson writes that in May 2017, he had “checked into my [LAX] flight to Rome…It was 6:30 in the morning when my phone rang…[and my mom] gave me the most devastating news of my life. I only had a few words in me. ‘I’m coming home.’

“I jumped into a cab back to my house…[My fiancée and I] sat in silence. My eyes were wide open in shock…That was the worst ride home of my life…The year since has been extremely tough…There have been times when I haven’t picked up a racquet for days and then I’ve gone on the court and been miserable. I’ve panicked…my anxiety spiraled out of control…But I still enjoy playing tennis and find it’s a good way to honor him.

“Dad was my first coach…I remember spending long summer days with him at the courts…I loved being out there with Dad. He coached…thousands of kids…[He] loved everything about tennis and would do anything to help others achieve their goals.

“That’s why I’ve found this healing process so difficult. We shared a passion…We went to the US Open when I was young…I was in tennis heaven…When I did become a professional, Dad was there, like always.

“While many athletes who lose a loved one find their peaceful place on their playing field, a tennis court was the place I felt all wrong. I can’t just go hit tennis balls like everything’s normal…The most ordinary moments…could make me think of Dad.

“I had an especially hard time last summer…There was such a weight on my shoulders…I was thinking about what was truly important, and my tennis was such a small part of that…

“When I got home from Wimbledon, I was in and out of the hospital for a week. My body completely shut down…Deep down, I know my body just couldn’t handle what I’d gone through.

“It’s been hard to look at my player’s box…because Dad should be there…I just wish my biggest fan was there. But…I’ve found a sense of unity…A lot of guys come up to me…and just put a hand on my shoulder…the tennis world is a family, too.

“I have struggled with this in ways that I couldn’t have imagined…I started having panic and anxiety attacks…but I’ve realized they are normal…I’ve learned that it’s okay to talk about it…I tried the macho man deal for months, telling people I was fine until I was by myself and I could let go.

“But hopefully this will reassure people that there is nothing wrong with opening up. That’s why I started seeing a professional earlier this year…There’s no right answer to get over losing a loved one. But you try to live life the best you can. And while I still have many tough moments, speaking to somebody about it has helped a lot. I’m working my way back towards being happy and enjoying tennis again. That’s what Dad would have wanted.

“Hopefully this will get easier, but I never want to forget what Dad has done…I’m very blessed – I get to play tennis for a living, so the bad days are still great.” 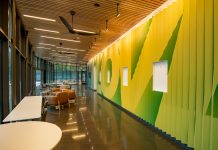 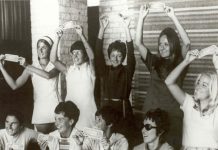 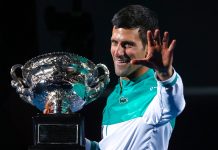