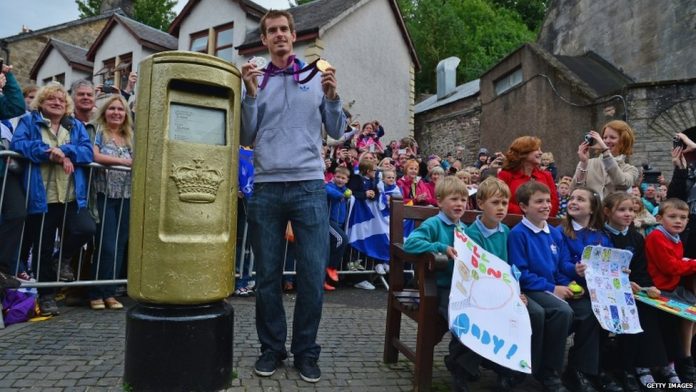 Obviously, you can take “The Voice” out of the Village, but you can’t take the village out of tennis.

It’s no secret, tennis is enjoyed in tens of thousands of villages around the globe. Just last week, rising Stefanos Tsitsipas said his fabulous summer run is creating tennis fans in distant Greek towns. Simply put, the sport is known in every little hamlet across our globe.

As a young explorer, I was wandering the Himalayas when just outside a tiny village I came upon a court. The Indians there were impressed with the crosscourt forehand of the American pilgrim who’d dropped by. Once when I was on vacation in a remote village in Bali, I climbed a small mountain, and lo and behold, at the top was a hermit. The reclusive fellow didn’t speak English, but somehow he made it clear that yes, he knew Martina Navratilova.

Why not? Martina’s Indian mixed doubles partner Leander Paes once contended that she “is a legend in every town and village across the globe. She doesn’t only stand for our sport, she stands for mankind.”

Three of today’s top four male players are from small places. Andy Murray is from Dunblane, Scotland with its modest population of 8,800. Rafa’s home is Manacor, population 39,000. It’s said to have “unassuming scenery and fields with hay bales…There, the crickets sing you to sleep.” Novak Djokovic is from a small ski resort in the Serbian mountains, where his parents opened the Red Bull pizza restaurant. His hometown of Kopaonik supposedly goes back to the Paleolithic Age, when they used metals (but presumably not metal tennis rackets).

Tennis players in remote villages conjure up benign images. Aussie legend Rod Laver grew up in farmland in rural Queensland. Roy Emerson is from Blackbutt. The nickname of former pro Sherwood Stewart was based on his delightfully-named Texas hometown. Bud Collins called him “Goose Creek’s finest.” Germans Stefanie Graf and Boris Becker were born 12 miles apart. Graf spent much of her childhood in Bruhl, a former fishing village, and Becker is from the quaint hamlet of Leiman.

Petra Kvitova, Marin Cilic and Marcos Baghdatis are all from villages. Baghdatis’ Cyprus village is named Paramytha, which is Greek for “Fairytale.” And when he made his fairytale run to the 2006 Australian Open final, his family watched from behind closed doors. Even though Marcos lost, when it was over the family emerged to the sound of church bells and shots fired in the air. His father said, “The winner today was Cyprus. Thank you, Marcos. Thank you, my son.”

But sadly, sometimes small town life can be nasty. As the Gene Pitney song told us, “It isn’t very pretty what a town without pity can do.” The father of Wimbledon champ Marion Bartoli, who was the town doctor in the wonderfully named Le Puyren-Velay, was despised and cruelly run out of town. The annals of tennis in French villages do tell us of the happy emergence of Richard Gasquet from a village near Beziers. But in the village of Dax, a rabid tennis father was imprisoned after he poisoned three of his kid’s opponents – one died.

On a happier note, Ion Tiriac created a village to house orphans in his Romanian hometown of Brasov. The Israeli Tennis Association opened its first facility in an Arab village. And when Serena went to a remote section of Ghana to fight malaria, she said, “I’ve always dreamed of coming into a village like this…This is our generation, and we can fight diseases and poverty, and we can beat this.”

On a far more mundane note, back in Vegas the baristas at the Trails Village Center Starbucks in Vegas think Andre Agassi “is just another guy with a nice car looking for a parking spot and a 16-ounce caffeine wake-up call.”

Of course, the world of tennis is regularly called to two very special villages. Each year many in the sport go to Wimbledon Village, which is known for its church signs relating to Andy Murray. One read, “Win or lose Andy, God loves you anyway.” Another suggested, “Jesus served better than Andy and attracted more people than Maria.” Speaking of Sharapova, the Russian entrepreneur opened a pop-up store for her Sugarpova candies in the village a few years ago. One more-than-harsh critic accused her of being a “sugar-peddling hypocrite” who created a store “where punters can rot their teeth and expand their waistlines with sweets called things like Sassy, Spooky and Sour.”

And every four years, all of sports gather in an Olympic Village. In Beijing in 2008, Michael Phelps, who won a record eight gold medals, confided that Rafa Nadal (another athlete with buff arms) was the only person he wanted to meet. When they did chat, Phelps told Rafa he watched him all the time.

But our favorite “Rafa at the Olympic Village” story relates to gold medalist Jamie Staff. The British cyclist reported, “I was in the laundry and realized I was standing right next to Nadal. I didn’t bother him, but he was shoving all his colors and whites in together. I really wanted to say, ‘Dude, you’re going to have a nightmare with that. You can’t just put the whole bag in — there are reds in with whites.’ But what can you do?”

After all, as Hillary Clinton, who won a mixed doubles tournament in Tennessee, once told us, “It takes a village.”