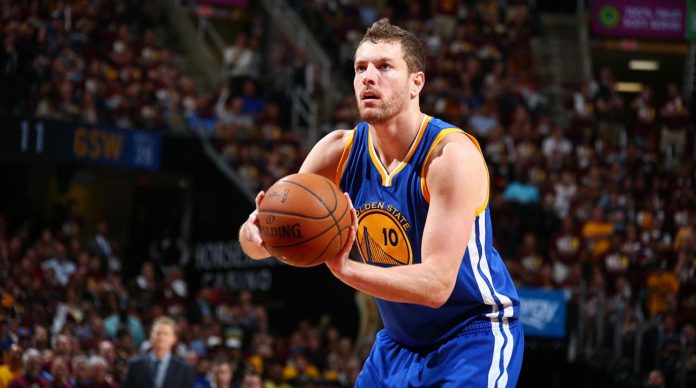 Caroline Wozniacki loves sports. Her dad was a good soccer player. She used boxing extensively as a training tool. She ran the New York Marathon and became engaged with golfer Rory McIlroy. Now she’s engaged to former NBA and Golden State Warrior star David Lee. In Australia, Woz used all her guile to orchestrate two incredible comebacks – early on against Jana Fett and in the final against Simona Halep.

Similarly, Lee’s former team, the Golden State Warriors, scored two astounding second half comebacks over the Houston Rockets to reach the NBA finals. All this prompted us to ask Lee to reflect on the art of the comeback and his future wife and his former team.

This year, at crunch time, both Caroline and the Warriors have scored two incredible comebacks.
In both the cases of Caroline and the Warriors, it’s just about having that belief and putting in the work, having a lot of trust in yourself. The Warriors have experienced that, they’ve been champions and they have that to fall back on and they know that in times of conflicts and when you are down you can rely on your work ethic and you can rely on what’s gotten you that far. For Caroline, she understands that when she’s down in a match, you have to take it point by point and do your best and hope that’s better than your opponent.

No offense David, but so many times I saw you miss a little gimme shot, but you would just come back and run the court.
You are always going to have times when you are not at your best, like with Caroline in the second round at the Australian against Jana Fett. She wasn’t at her best, but she’s always aware of the fact that if she hung in there, at any point, she could turn that around.

So there’s an intangible you gain over many –
Yeah, I think it’s gaining experience. I think it’s going through tough losses, going through comebacks and unfortunately there are times when you are ahead and the other person comes back. I think you break it down to giving your best on every point and do what you can do to give yourself the best chance to win.

Observers talk about the Warriors having three of the greatest shooters in the league and Draymond Green, but do you also think they have, not just a style, but a system that sets them apart from others in the NBA?
No doubt. They play a certain way. A lot of teams try to mimic what they do. Like everything else, it’s a copycat sport – that switching defense and that offense that opens up and allows you to shoot a lot of threes. But I’ve always said it’s a lot easier to be a great three-point shooting team with Stef, Klay and Durant on your team than when you are playing that style without that kind of personnel.

In terms of the finals, do you try and contain Lebron or do you just let him get his shots and focus on shutting down his supporting cast or –
Well, Lebron’s playing great right now without a lot of help. I’m not doing the strategy but it should be a good series…obviously the Warriors have a good chance of winning.

And coach Steve Kerr’s prime assistant, Ron Adams, is really into tennis. Did he ever talk tennis with –
Yeah, all the time. I took Caroline to a game this year and he had nothing to say to me. He just wanted to talk tennis with Caroline.