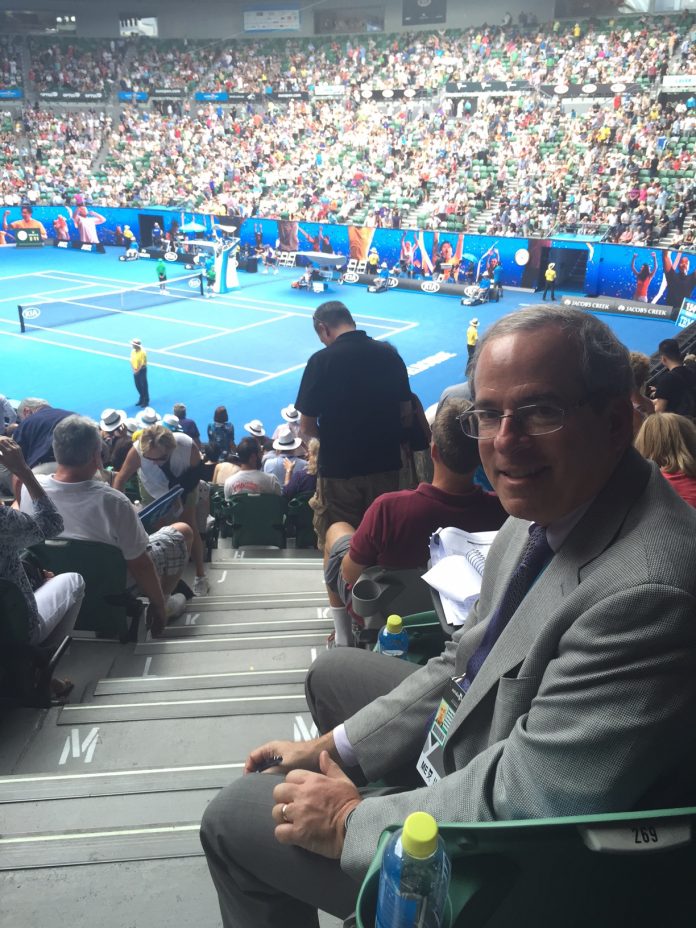 After big matches at Grand Slam tournaments, an eerie hush descends on press rooms. Previously chatty reporters hunker down to write their stories. But for years, a knowing voice with a New York accent pierced the silence. Everyone couldn’t help but hear the venerable tennis analyst Steve Flink as he delivered insightful 90-second reports to WCBS radio host Jared Max back in New York. As Flink spoke, writers heard his definitive and urgent match summaries. Afterwards, the snarky international press corps would tease Flink about how grizzly cabbies weaving up Third Avenue were spellbound by his coverage of Thomas Muster’s high-bouncing down-the-line forehands, and Flink’s signature sign-off line – “Back to you, Jared.” While Flink no longer does his WCBS reports, he will be inducted in July into the International Tennis Hall of Fame. In his comprehensive book “The Greatest 25 Matches in Tennis History,” the singular sage with the encyclopedic mind gives us historical “Bests.”