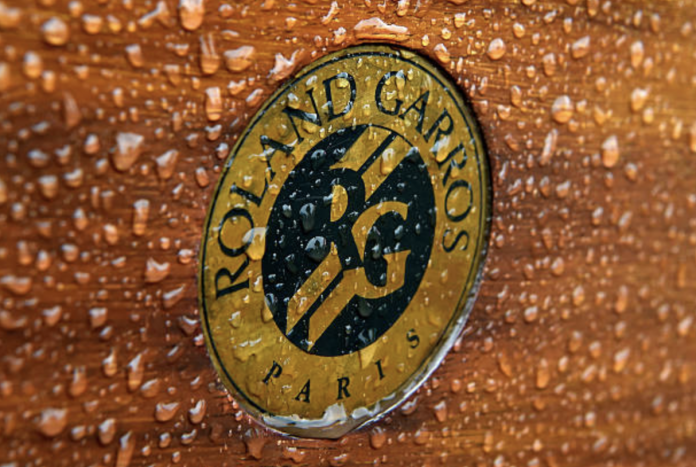 Rafa Nadal looked rusty, but then again so are we. For just the second time in 15 years, the Majorcan master failed to win a French Open warm-up tourney. As his forehand flared, the king of clay gave hints of being a peasant. At times, on the slow dirt of Rome, the dirtmeister seemed mired. Will he find his magic in Paris?

One player we won’t find in Paris is defending women’s champ Ash Barty. But no worries, mate. The world No. 1 just won a title – the golf championship at Brisbane’s Brookwater Country Club. So in one way, the Barty party goes on. The former pro cricketer and the reigning queen of tennis is certainly the sport’s greatest triathlete since that Harlem pool hustler and Wimbledon champion Althea Gibson took up pro golf (plus, Althea was quite the torch singer in nightclubs).

In 2020 down is up and up is down. It’s fall now and the French Open is slated to open Sunday. There will be no Federer and neither of the two women who won the last three US Opens – Naomi Osaka and Bianca Andreescu – will be lighting up the City of Lights. 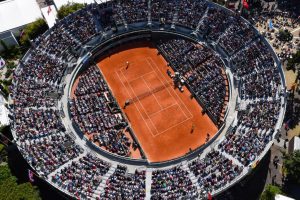 The Bullring – the most divine tennis court in the world, where Russian clown Marat Safin dropped his shorts and clay dramas drifted long into the Parisian dusk, has had an unfortunate encounter with a bulldozer. The bulldozer won.

But Courte Centrale will have a dazzling roof, bright lights and actually, 5,000 hopefully (we think, we pray) well tested and safe fans.

Sure, Serena, who once almost stole the show at a British royal wedding, has a knack for the French language and a long relationship with a French coach. The outta-Compton icon has three Roland Garros titles and is the only American player we know of with her own Paris apartment. But this year she’ll stay at a hotel with all the other players in a bubble that might not be as tight as some would like.

Speaking of tight, Sofia Kenin, the Aussie Open champ, might be kind of tight. Last week the proud young basher was abruptly dismissed by Vika Azarenka 6-0, 6-0 in Rome. Lately the 31-year-old has been one hot tennis mama. Never mind that she’d been dragged down by custody tugs-of-war, wretched draws, seemingly unending losses and a revolving door of coaches. On the brink of retirement, she’d put her racket down for five pre-COVID months, but then came out of the pandemic with her Belarusian guns blazing. In just a few weeks she scored wins over Slam champs Venus and Serena Williams, Sofia Kenin and, by default, Osaka. She won the Western and Southern Open, almost pulled out an epic US Open final win against Osaka and promptly switched surfaces and continents and swept to the Rome quarterfinals. Only once has Vika reached the French semis. It’s not her favorite surface, but at last she’s happy, clearly on fire, and, of late, full of surprises.

And then there’s Novak, a savvy politician with a devastating return of serve. Heroic one day and not so much the next, the tightly wound, sublimely gifted athlete recently created a stir and a player association. Nole gained Cincinnati’s Western and Southern hard court title (played not in Cincinnati and, for that matter neither Western nor Southern) and a hard lesson when he was booted out of the fourth round of the US Open. Then, on Roman clay, he smashed his racket in the quarterfinal, was called for an obscenity in the semis and was down in the first set of his final big time against small Diego Schwartzman. 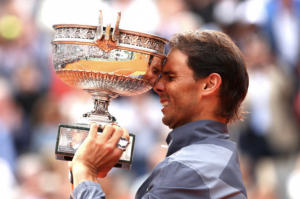 But the master of Masters (incredibly, he’s won each of the nine Masters at least twice), brushed aside his myriad distractions and came back to dismiss Schwartzman and march to victory. His fifth Italian Open gave him a record 39th Masters title. But can he win a second Roland Garros crown? Still, Scwartzman might again amaze, and the freshly anointed US Open Champ Dominc Thiem is a prime contender. The increasingly confident Austrian has reached the past two Roland Garros finals. Then again Rafa is 93-2 at the place. So will the Spaniard be bothered by a little rust? Maybe not. After all, it’s a given these days that the hardest thing in sports is beating Nadal in five sets on clay.