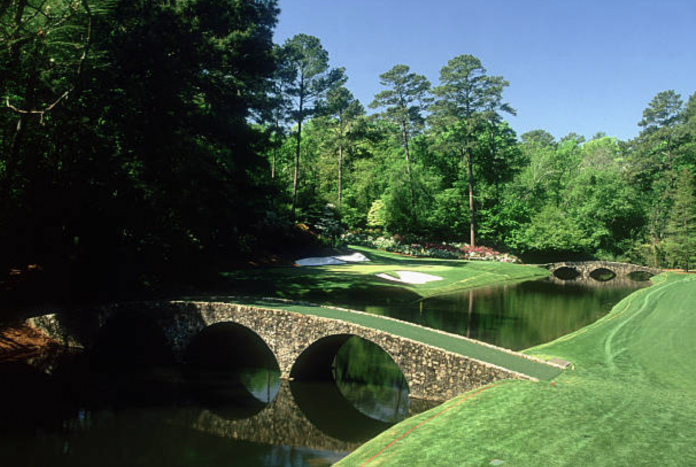 Is the name Masters racist? Someone such as the late Lucius Bateman might be better qualified to offer an opinion. Or Lee Elder, whose travails, unlike Bateman’s, resulted in a degree of fame.

They were black men in the predominantly white sport of golf. Well, Elder, 85, remains an elegant part.

Golf began in Scotland and from the beginning, the 1500s, was grounded in exclusion. It was a so-called “gentleman’s game,” another phrase for “we let in who we want — and keep out those we don’t want.”

Caddies were not even permitted to enter the locker room, much less the clubhouse.

Which leads us circuitously to the Masters tournament, arguably the most relevant event in golf and because of its history and location — Georgia — definitely the most controversial.

Now, with the protests, the marches, the apparent shifting of attitudes, the demands for equality, on the streets and the playing fields, are more than ever.

It’s an undeniable fact that, with rare exception, those in control — whether in business, politics or sports — are unwilling to concede control, even share it. Note what’s happening in baseball.

Note what happened in golf, where in the early 20th century a man who would become one of the greats felt obligated to change his name from Eugenio Seracini to the more Anglo-sounding Gene Sarazen.

After all, it was a gentleman’s game. A white gentleman’s game. From 1934 to 1961, when the late California attorney general Stanley Mosk threatened to keep pro tournaments out of the state, the PGA of America had a Caucasians-only clause in the bylaws.

Lucius Bateman, who taught people such as Tony Lema and John Lotz at driving ranges in the East Bay, never was permitted to join. Neither for a time was Elder, or Charlie Sifford or Pete Brown, all of whom would win tournaments. In late 1968 the PGA Tour was created, altering the rules so that everyone eligible could play.

The Masters, of course, began in 1934 as the Augusta Invitational. One of the cofounders, a rigid, reaching New York businessman, Cliff Roberts, sought to have it called the Masters — which despite the protestations of the other co-founder, the finest player of his time, Bobby Jones, it came to be named in 1939.

Black men caddied. Black men picked up the trash. But black men for various reasons did not play in the Masters, until Elder did in 1975.

No black man was even invited to be a member of Augusta National Golf Club until 1990.

Some of this was forgotten when a young black man named Tiger Woods won the 1997 Masters with a record score, and in effect changed so many viewpoints about the sport and event.

Other than that of Rob Parker, who in Deadspin, a website where no one fears to pass judgment, insisted the Masters no longer be the Masters. In name, if not reputation or prestige.

To be sure, someone once said, “I’m working on my master’s,” and the response was, “Your master’s plantation?”

Is it pertinent that the property on which Augusta National was built indeed once was an indigo plantation? It depends.

“If you haven’t noticed, this country is changing day by day,” said Parker in Deadspin. “The racist names, symbols are going by the wayside quicker than you can keep up. The name Masters must go.”

But it probably will remain.

Augusta National, CBS TV, perhaps golf itself, have too much invested. The foundation is too large. “A tradition unlike any other,” Jim Nantz reminds us on the telecast.

It’s hard to believe the people in charge will submit to a name change they were forced to make.

For better or worse, the Masters seems destined to be, well, the Master.

Art Spander is one of California’s most celebrated sportswriters. He covers all sports including tennis, and is considered one of the foremost golf reporters of our era.