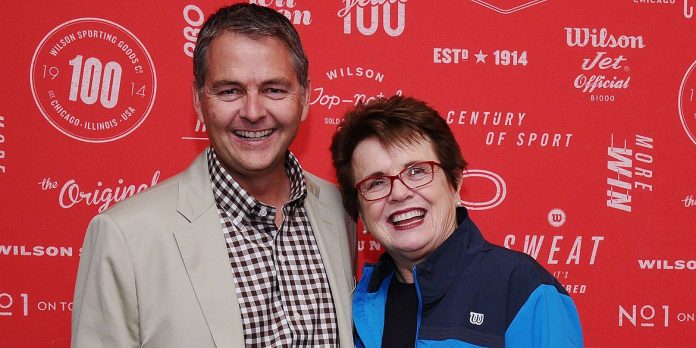 In 1965, the young, telegenic young John Lindsay swept into office as the Mayor of New York. Many thought he would soon make it to the White House. But, just as he entered office, New York was hit by a huge snowstorm. He bungled the response and his hopes for high office never recovered.

On January 1st this year, the charismatic tennis industry veteran Michael Dowse, 53, became the Executive Director of the USTA. But wham – right out of the box there were issues. Bush fires swept Australia. Some thought the Australian Open should be canceled. Far worse was the global onslaught of the COVID-19 pandemic and the uprising of political upset that is sweeping across America. But the USTA’s brand new administrator stepped up and, with an almost laser focus, spearheaded an unblinking effort to save the USTA’s grand ship, the US Open, from sinking. His problem-solving effort was like few others in the history of sports.

After all, the US Open was supposed to be staged in a hotbed of the pandemic and the site of vast political demonstrations. Plus Federer announced he wouldn’t play in 2020 and Nadal, Djokovic and a host of international players bristled at the idea of coming to New York, where they would have to isolate, stay in an airport hotel, be tested regularly and play with no fans and without their comforting entourages. But Dowse and his USTA team navigated the tumultuous waters of tennis politics and now the Western and Southern Open is scheduled to be held in New York August 15-23 and the US Open will follow on August 24-September 13. No wonder one writer quipped, “Disney has Mighty Mouse, you could say the US Open has mighty Dowse.” Today, Inside Tennis had the following exclusive interview with the USTA’s Executive Director.

Michael Dowse: It’s been quite a team effort –that’s for sure.

Frankly, I thought putting out a tennis magazine during a pandemic was a bit of a challenge, but what you’ve done is…

I just landed in New York, actually, so we’re going to do a press conference tomorrow.

How are you feeling?

Good. I think I shared with you before that the first priority was health – can we do it safely? We just got a green light on that from Governor Cuomo today. The second question was whether it was good for tennis. I think everyone said, “Yeah.” Everyone is so excited to see world class tennis back again and to have two tournaments back-to-back in the same location is a pretty unique concept.

Some have said there has never been an effort in tennis that so battled against the tide. You dealt with so many contingencies. Was there a time when you said, ‘I don’t know if this is going to work’?

From the start we considered twelve different versions or simulations. I would say we put six of them through due diligence. And one of the options was absolutely to cancel the Open. We kept going back to our three criteria: can we do it safely, is it good for tennis, does it make sense financially? And this is the version that checked all three of those boxes more than any other.

The American player Danielle Collins had a very powerful response to Novak (who complained about having to stay in a nearby hotel and not being able to bring his support team). The Europeans obviously don’t know the all nuances of our culture. But if you were in a room or on a call with the European players, what would you say about playing the Open, one of America’s great sporting events?

We’ve done everything possible to make this safe, fun and financially rewarding. And when I say fun I’m talking about fun and exciting for the tennis industry – which includes them – and all the stakeholders.

Now we have to plan for today, but things could evolve for the better down the road, which could potentially allow for a little more flexibility. As of today, we’ve put great plans together based on what we know.

So it will be without spectators at this point?

One of the great strengths of Ashe Stadium is when you have 23,500 screaming fans at 11:30 PM. I don’t think there’s anything like it. Is there any way to mitigate the sound of silence we’ll hear this year? Are there any elements that might make the play seem a little less quiet?

We’re really starting to have those discussions now with our media partners. But I don’t want us to get ahead of ourselves. We say it’s a “no fans on site” event right now. But I see it as an opportunity for fans to have more access than they’ve ever had. We can do things virtually, whether it’s with the players in the entrance tunnel or in different parts of the grounds. We may be able to give viewers virtual access to players they normally wouldn’t have access to. Imagine millions having access virtually, because there are no barriers.

I’ve been on the phone all morning and people are juiced. They’re excited that amidst this pandemic the Open is going to happen. What do you think this means for American tennis?

The support that we’ve received so far is fabulous: emails, texts and voicemails – people expressing their appreciation.

In tennis we now have this group of young Europeans, the Zverevs, Thiems Medvedevs and Tsitsipases of the world. Do you think there might be a chance that, as the Open approaches, they might say, “What the heck, this is a Slam with lots of money and ranking points, and no Roger,” and they might overcome their reluctance to come?

I don’t want to speculate. But ultimately I’m confident we’re going to run a great tournament for all players to come play. The top players and the up-and-coming players.

There are reports out that Serena is thinking positively about that. Would you say that’s the case?

You know as much as I know, Bill. It’s hard for me to speak for players.

You had these 12 different scenarios, conference calls, Friday meetings with broadcasters, sponsors and stakeholders. And there were so many contingencies to deal with, from the pandemic to what’s happening with race relations in our nation, let alone other factors like the likelihood of college football. How would you describe the process?

I would say it’s been a very organized, very focused approach. I’m a huge proponent of project management. And our team is very professional. As I shared with you in the very first interview we had, I’m a big proponent of having one team. So we’ve been collaborative. We had these regular discussions with all our colleagues including the ATP and WTA and ITF, the city and the state of New York, and the federal government. We included all the stakeholders where we could, plus our sponsors. Our weekly town hall calls and then all of our hearings have been as transparent as possible, too.

How did the idea come up to have Western and Southern right before the Open in New York?

We knew players would want to have some really competitive court time and moving Cincinnati made a ton of sense because obviously that’s the big tournament on the calendar just before the Open. It also goes back to our first principle, which is health and safety. We realized it was a lot easier and safer to manage one location as opposed to having multiple sites.

Of late, the US Open has had a strong record relating to gender equity. It was the first Slam to offer equal prize money, and the center is named after Billie Jean King. Now Stacey Allaster is the Tournament Director.

It’s exciting. She is the best person for the job. She’s been a leader on the competition side in getting the WTA and ATP to collaborate. It’s been a team effort: Danny Zausner on the facilities side collaborated with the government. Lew Sherr has been working with our sponsors. And John Barrett at Western and Southern – what a great team player he’s been.

And what about the media – will there be freeform media on site? Do you have any sense of that piece of the situation?

I don’t know the details on that yet. Again we were focusing on checking those first three boxes and now we move into the next phase of consumer engagement, media and those types of things.

The USTA has made some tough, heart-rending decisions. A lot of good people will be leaving the USTA. The popular semi-annual meeting in New York has been scrapped and there have been many changes, including including at player development. What’s been the reaction?

There are no ifs or buts about it, but in the end, we wanted to align the organization with our strategic choices and help grow the sport of tennis. That’s our mission and we have a unique opportunity to do that right now. The participation numbers we’re seeing come out of the pandemic continue to be strong, where people are allowed to play tennis. It’s never fun to go through what we did, but we believe it’s the right thing and it will make us better and more sustainable in the long term.

Industry people I speak with say there is a real pent-up eagerness to play tennis. Do you sense that? Do you think there will be a kind of rebound effect? It’s said that even beginners who don’t exactly have perfect backhands are giving tennis a whirl. Are there are some positives coming down the line?

You look at the Tennis Industry Association numbers and they are saying mass merchants’ sales of rackets are going up. Those are new players. I went into a mass merchant store and there were no rackets. They were all sold out! The same with the tennis balls. So that’s a positive sign. I’m from the tennis industry so I hear what’s going on. It doesn’t diminish the fact that our core followers have had challenges getting access to courts and facilities and that’s been really painful in the short term. But I think people are coming out of this saying, “Wow, what a great pivotal distancing sport.” We don’t call it “social” distancing.

If you had to put into one word or phrase this incredible three-month process to save one of America’s great sports events, what would you say?

Grateful – I’m grateful to everyone. And this is something, Bill. Right now, as we speak, I’m driving by Arthur Ashe Stadium.

Incredible. He was such a great hero. He emerged out of Richmond and survived so much and navigated through so many obstacles – including a pandemic – what would he think of this process – the Open seeing its way through?

I hope he’d be proud of the effort from everyone. What he founded, the NJTL, serves the grass roots of tennis so well, and that’s why we worked to keep the Open.

Congratulations. It’s amazing that you were installed as Executive Director just over six months ago and now you’re getting through this. I, for one, think it is rather extraordinary.

I appreciate you being so passionate about tennis. Hopefully we’ll have a great US Open.