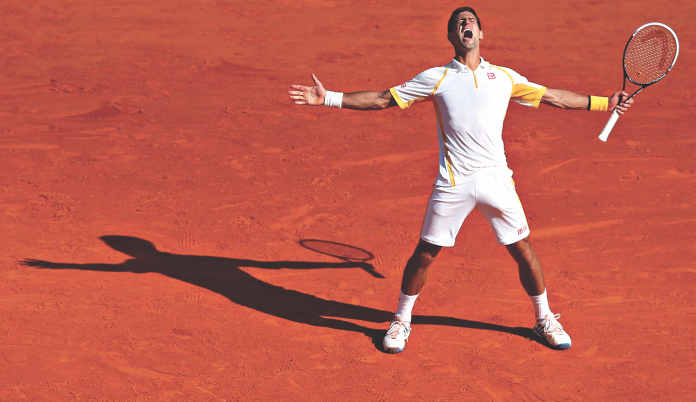 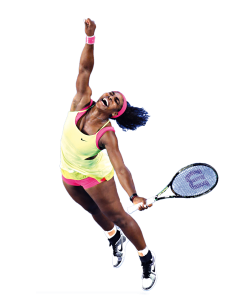 Federer has seamlessly become the most beloved player in the history of the game. At 36, he came back from six months off the tour and won the Aussie Open, Wimbledon, Indian Wells, Miami and the three other titles. He beat Rafa four times. He won his 100th tourney and has reached a Slam quarterfinal 36 straight times and won 20. Now 38, people wonder how Roger manages to have the most remarkable late-career in tennis history. He explained, “I need the fire, the excitement, the whole roller coaster.”

But during the decade he was No. 1 for only 48 weeks. And Andre Agassi noted there were earlier years when Federer “separated himself like no other,” but also noted, “If Nadal is sitting with Federer and Federer says, ‘I’m the best ever,’ my question [as Nadal] would be, ‘Well, then how come you didn’t beat me, because I beat you twice as many times? And, hey…I won everything, including a singles gold medal and Davis Cup five times.’”

It was a dandy decade for Rafa, who wrote an autobiography, opened his own museum, his own academy, got married, and joined Agassi as the only man to win a Masters title in their teens, 20s and 30s.

He became the youngest ever to claim the career Grand Slam. Plus he won 13 Slams, including two of the last three in the decade. Mary Carillo reflected on the would-be GOAT, who won eight of the last ten French Opens. She asked, “Have you ever seen anyone who has the [same] sense of recognition of the rhythms of a clay court match?”

But the player of the decade is Djokovic, who, for starters had two sublime seasons, 2011 and 2015, in which he won three Slams. He won 15 of his 16 Slams in the decade, captured 28 Masters titles and became the first man to win all nine Masters. In six years of the decade he finished as No. 1. In the decade, he had a winning record against his three key rivals – Roger, Rafa and Andy. In 2019 he prevailed in the match of the decade, his Wimbledon final against Roger where he showed all his gifts: movement, return of serve, backhand, core strength and mental toughness. Jim Courier noted that, “Djokovic was a professional even when he was an amateur.” And Nole’s fellow Serb Janko Tipsarevic said Djokovic’s greatness was not because he came from poverty. Rather it came because, “He wants to be the best of all time and nothing else and is willing to do whatever it takes…Nothing else satisfies his hunger. You saw this with Lebron, Kobe, Renaldo and Muhammed Ali. If they are not the best, they want to commit suicide.”