Sport spits at reason. It defies logic. Sometimes we just can’t believe. And this week at the US Open, we didn’t believe and we didn’t listen.

After all, after Daniil Medvedev snapped a towel from a ball person and smashed his racket, he gave the crowd the finger and told them, “Thank you all you guys, because your energy tonight, gave me the win…the energy you’re giving me right now, guys…will be enough for my five next matches.”

There was no way, we were certain, this guy could pull that off. But now, what wouldn’t you know, Medvedev was playing his first Grand Slam final and was facing a venerable member of the Big Three. Rafa, Roger and Novak had collected the last 11 Slams. They’d won 57 of the last 59 majors.

Sure, Medvedev had reached the finals of three big tourneys this summer and won in Cincy. But this was a major. No Russian had won a Slam since Marat Safin in 2005. More to the point, Next Gen hopefuls had been getting nowhere fast. Players like Tsitsipas and Zverev had flashy, fabulous talent, but something was missing. They couldn’t dethrone the gods of this game, who ruled with a deflating ease.

And Rafa Nadal is one of the world’s most inspiring sportsmen. His foundation and academies help kids. When there was a flood on his island, he helped clean up the mud. Here at the Open he rescued an autograph-seeking kid who was in trouble. He tells us that players must suffer. We see his bravado – passion is his fuel. He prompted none other than John McEnroe to ask, “How can he be humble and cocky at the same time?”

Tonight, Rafa had to call on all of his considerable talents to win an epic struggle. Is there a more fit player in the game? His practices are fierce. Before the Open he soldiered through three practice sessions a day. Tonight, he dug to his depths.

The first set against Medvedev was filled with false starts, wrong turns and clunky play. The two warriors broke each other’s serves. Rafa’s first serve percentage dipped, yet he still prevailed, taking the first set 7-5. His coach, Carlos Moya, complained that his man was “too tactical.”

Then Rafa did what he so often does. With his forehand, his relentless movement, his savvy and his will, he started to turn the screw. Medvedev is lean and fleet. His backhand scored winners, his serve was sound. But to no avail. Rafa took the second set to go up 7-5, 6-3 and then went up a break, 3-2 in the third.

No player had come back from two sets down at the Open since Pancho Gonzalez in 1949. “This one’s ‘ova,’” joked one know-it-all reporter. Similarly, Medvedev joked to himself, “To be honest in my mind, I was already, ‘Okay, what do I say in the speech? It’s going to be soon, in 20 minutes.’”

It wasn’t. The Russian is said to be a chess player in shorts. He’s a brilliant tactician. So he served and volleyed. He offered a string of drop shots and slices. He changed the rhythm. He powered his backhand down the line. At 6’6″ the best big-man mover in tennis moved like Lleyton Hewitt or Michael Chang. His sprints inspired. He broke back, proving what a lousy villain he was.

Tennis loves to embrace its bad boys – rowdy fellows like McEnroe, Connors and Kyrgios. Somehow we enjoy tearing them down and then placing them on rather saintly pedestals. Brokers from Brooklyn and kids from Scarsdale now saw the Moscow-born guy as a hero – go figure. The chant “Medvedev! Medvedev!” began to roll through the cavernous arena. McEnroe said, “I love this guy.”

Now Daniil had a feel. Nadal felt the pressure. There was a tectonic shift. Nadal had few answers, and soon he was looking quite un-Rafa-like. He muffed a crucial overhead, shanked forehands and began to lose those amazing, almost cruel long rallies that he are his signature.

A brilliant down-the-line return of serve gave Daniil the fourth set, and gave the US Open its first five-set final since Murray-Djokovic in 2012. The roar was deafening. Fans were dancing in the aisles. Stats abounded. Medvedev was 0-4 in five-set matches. Rafa had a 7-1 record against foes trying to capture their first Slam and a 19-match win streak against Russians. And he was looking to become the second-oldest champ of the Open era.

We’re sure Rafa didn’t know he had a 205-1 record when leading by two sets. What he knew was that he had to hold serve. What we knew was that this was sports, tennis and the US Open at its loud, dramatic and unpredictable best.

Then the Russian kid, who had lifted his game and captured Big Apple hearts, gained an early break point. But suddenly he blinked. He hit a lob long and misjudged a drifting Rafa forehand. Then Nadal sprinted to a drop shot and shuffled a running backhand to score a break.

The Spaniard broke again to go up 5-2. Ashe roared. But Daniil, who had been down two sets and a break, once again countered. Rafa was called for time violations, and again thunderous boos were heard at a US Open final. Daniil saved two championship points and then bravely broke Rafa.

But Nadal is a competitive genius like few others. He battles for every shot, every point, every game. His passion is a treasure. He, Serena, Lleyton Hewitt and Jimmy Connors have a ferocity you feel, whether you are out there on court or up in row X.

Tonight was largely about an x-factor that defies definition. And, after 4:51, when Medvedev’s return floated long, the moment was his. In a flash, the great man was on his back. Here was an athlete who was flooded with raw emotion, relief and joy. The warrior had won his fourth US Open and 19th Slam 7-5, 6-3, 5-7, 4-6, 6-4.

Medvedev said, “Rafa was a beast…I felt like everything I did, he has an answer. So I was trying to find something new…We [young players] are fighting our best to make this transition. It’s really tough because these guys…are playing amazing tennis. Those three guys are legends. The way they’re playing is unbelievable.”

What was believable was that even on Rafa’s night, one felt the presence of Novak and a dreamy, near-divine fellow named Federer. For years Roger has been called the greatest of all time. He gained an early dominance. We’re used to him being No. 1 – and the grace of his game, his stylish ways and his good deeds have only added to his legend. He holds many a mighty record, like reaching 23 straight Slam semis and winning 101 tournaments. He’s defied both gravity and age. Most of all he has his 20 Slams. But now Nadal has 19. Yes, he’s won twelve at the French Open, but who could now claim he’s just a clay-meister? Plus he has a 24-16 head-to-head record over Federer and is five years younger. Bottom line: tennis may soon have to change that longstanding, feel-good conventional wisdom that the dreamy man from the Alps is the greatest.

But tonight’s champion, the man who showed us his magical mix of shotmaking, guts, desire and nerve, doesn’t seem to care.

He told IT, “I would love to be the one who wins more, but I’m…not going to practice or play for it. I am playing because I love to play tennis…You can’t be looking all day [to the person] next to you about if [he has] one more or less…I really believe that I will not be happier…if that happens. What gives happiness is the satisfaction that you gave your best. In that way I am very, very calm and very pleased with myself.”

And so, too, were tennis fans who were deeply thrilled, on a night that will long be seared in memory, a night when a Russian villain became a hero of the heart, and the most passionate warrior in the men’s game somehow, some way, battled to victory in a match that showed us so much that is great in sports. 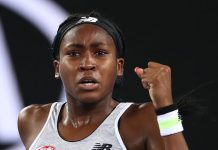 From Masks to Unmasked Glee, the Happy Slam Is Set to Begin 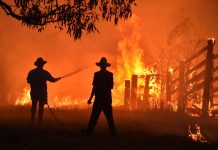 Serena and Novak – Players of the Decade

“I Can Touch the Sky” – Quotes of the Decade