Q. How does it feel to be back?

BOB BRYAN:  Feels good. Had a great six months at home and got a little feel for what retirement is going to look like, which was fun.

For three months I tried to rehab it and I got some stem cell injections at Stanford. I tried a bunch of different things. I was probably going through a bit of what Murray was going through.

Just frustration. I couldn’t walk right. But once I had surgery, it was a couple weeks on crutches and a cane and then I started feeling no pain. I’m five months post-op and just happy to be out here playing with Mike. He tore it up without me, which was inspiring. We were playing some of our best tennis when I went down…To see him do what he did was bittersweet. I wanted to be there.

The dude is No. 1 in the world at 40, the oldest ever. That gave me confidence I could come back and maybe have a similar run.

Being out made me appreciate how good we have it on the tour. It’s a great life. You wake up every day with a purpose. You’re working hard, trying to build towards holding up those trophies. That purpose is what makes it special. I’m happy to be back with my metal hip. There were no guarantees I’d make it back. Just after I went down in Madrid, I talked to my mom. She was crying, saying, ‘Hey, you’ve had a great career, a great ride.’

When I looked at the MRI, it didn’t look good. No one has come back in tennis after getting a metal hip. There are no guarantees. Seeing the way Andy Murray is feeling hit a nerve. I’d love to see him do a similar surgery and feel the relief. Our hips are pretty similar: just worn down, no cartilage.

Q. Would you have done anything different over the years to protect your body?

BOB: I didn’t stretch enough. My internal-external rotation of my hip was limited. It had me grinding in one spot, where I blew the cartilage out because I wasn’t working the whole joint. Maybe I should have hit the stretching more. Mike’s been more diligent.

MIKE BRYAN: I had problems early so I went on a rehab program very early. That’s why my hips are probably a little bit better. I have little bit more space. We have exactly genetically the same structure, but it shows that if you stretch and do a few things, you can get a little bit more life out of those joints.

Q. Talk about your conversations with Murray.

BOB: I represent an option for him. That guy does everything you can possibly do as far as training and rehab. He’s talked to a million specialists. But I’m really the only guy to be playing on tour with a metal hip. So, he’s been watching me like a hawk, asking me how I’m feeling after matches, after practices, where I’m at. He’s trying to gauge how long it would take him, if this procedure is an option.

I’m trying to be supportive, but I never once told him this is the way to go because playing singles is a different monster then doubles. Those guys are sliding and killing themselves for four hours. Who knows if this joint would hold up?

It’s not going to break, but who knows if you’ll have that little explosiveness needed to be super quick on the singles court. If you’re a step slow, you’re very exposed. The biggest thing was getting the explosiveness back and the quickness, the push-off on the serve. I’d recommend the surgery for Andy, but I’m just telling him I feel great and the quality of life is great. Maybe I’m not 100% yet, but it’s only been five months. The doctors say it’s seven or eight months until you feel perfect. I’d love to see him do it just for the quality of life. You can sleep, walk, be with your kids, play. It’s frustrating when you can’t put on your shoes.

BOB: I was choked up when he announced his retirement. I stayed up till 3 AM watching the tributes. It hit a nerve. He’s special – no one has a heart like him. You saw the response he got from everyone. He left it all out there. It’s a little bit hard to watch because we hate to see athletes in pain. But he just fights through it like crazy. It’s unbelievable

Q. Mike, what was it like being back out with Bob?

MIKE: It’s extra special. I’ve been waiting for this guy to come back. I’m super excited. It felt kind of like right where we left off. This guy has worked extremely hard. He’s bringing a very high level. We’ve already won three matches against top teams. We’re giving ourselves a chance to make a run. That’s all we can ask. He’s quick. His serve’s back. He’s got it all. I’m pretty stoked to look over and see this guy back. He really wanted it. This is the way we want to go out. We want to play together and give it one last run. This is perfect.

Q. It wasn’t hard for him to persuade you?

MIKE: It was an automatic – I went to Florida.

BOB: I felt like it was like an audition in early December. I hadn’t played a point since May. I was a little slow and probably only 60% of where I’m now. He was giving me a little bit of crap. He said we can’t go down there like this – you’re not ready.

MIKE: I pushed him.

BOB: Over the next three weeks, I did get to a point where I was able to get on the flight to Brisbane. But I’ve improved since Brisbane. The hip is stronger. I’ve gained 20% on it since I came to Australia.

Q. Talk about your surgery.

BOB: It’s called a hip resurfacing with an artificial implant. It’s a full replacement. There was no pain and it took 90 minutes. There’s a bar that goes all the way down the femur. I had it on August 2nd and was on crutches a couple days later and at the US Open three weeks later with a cane. At the end of September, I was hitting some light balls. We started our training December 5th.

Q. So could Murray be back in time for Wimbledon?

BOB: Yeah. I took the flight to Brisbane a little before five months. But singles is more intense. It’s up to him. No one’s ever come back with this surgery on the singles court. I’m showing that it can be done in doubles, but…I don’t underestimate Andy Murray. You look at the great workers in history: Lendl, Courier, Roddick. This guy is maybe even a step up from those guys. I think he’s going to have the surgery. If he sees a chance to come back, I think he can do it. There’s no evidence it’s possible in tennis with all its wear and tear. But I think he could do it.

Q. You said you feared for your career?

BOB: I was bone on bone in Madrid. When I came down on the serve, I chipped the bone. I tried all the rehabs. Worked with a guy in Philly. Had a guy electrocuting me in Miami, Dwyane Wade’s guy. There was a needle stem guy. I was in a pool. Then I went out to the West Coast to get a stem cell injection. Nothing helped. There was no cartilage there.

So I said I got to get it scoped and went to New York to scope it. But the doctor said it’s unscope-able. You’ll be back here in six months, you need a replacement. Two days later, I was out cold. I just said, Listen, give me a chance to come back.

The surgeon was Dr. Su and he’s gotten guys back in baseball, basketball and the NHL, but he’s never had a guy back in tennis. But he’s the only guy that will give you a chance to come back to pro sports. I put all my confidence in Dr. Su and said, ‘Cut me open.’

Q. What does it feel like to be Andy’s last hope?

BOB: I’m happy I can support him. He’s such a good guy. We had no big names for our charity event. These people were paying a hefty price tag to come play tennis and golf with us. And he showed up. We raised over a million bucks. I’ll never forget that. He was there for us.

MIKE: With a bad hip.

BOB: He was limping. But he was running around and helping. He’s extremely educated on this. No one’s done more research about hips and doctors. He knew my doctor inside and out. He’s going to do what’s best. He doesn’t want to be limping any more.

BOB: It was nice. Going to Disneyland, you don’t feel like you’re going to pay the price of not practicing for a few days. In the middle of a hard season there’s a price tag attached to any kind of fun moment. So I was like, ‘Screw it, let’s have some fun.’ I took a few vacations and did stuff I haven’t done. Kicked back, no pressure, enjoying the tour through him. I couldn’t believe the stuff he was doing. But, there’s a great life for me at home. I got amazing support. I wouldn’t be back here if it weren’t for my wife kicking me in the butt, saying it’s possible.

Q. What was it like watching Mike on TV?

BOB: Seeing him by himself, it makes you appreciate what you’ve got. He’s one of the greatest returners and volleyers in history. I was just appreciating. Seeing him on TV, you’re like, ‘Wow, that guy has some serious skill.’ Him winning Wimbledon was like, ‘Whoa.’ I was like, ‘Ouch.’ We shared some records – now he’s the man with the record. Wimbledon was a little weird. I was in the gym. I couldn’t really watch that. It was a little too early. Then [at the] US Open I kind of just let it go. Then he won the Open. He went to Davis Cup. That’s when I watched every point. I was yelling at the TV for him and Ryan Harrison. I was screaming and also talking to some of the coaches on the sidelines. He’s a fighter. I don’t know how he did it. No. 1 in the world at 40. 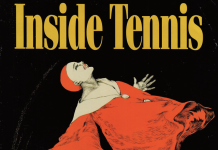