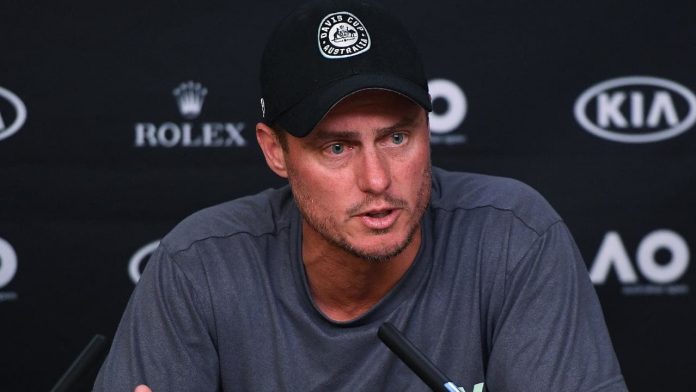 We’re Down Under, where everything so often is blissfully mellow – but not these days.

These are the opening sessions of a Grand Slam, where the story lines should focus on shock upsets. But, for now, all the truly elite players soldier on. Instead, our focus has been on the retirement of Andy Murray, the tears of Victoria Azarenka and a civil war.

It’s shocking. After all, this is Australian tennis, which long ago gave us a cadre of good mates who were trained hard to be immaculate, flawlessly polite, well-behaved and immersed in Aussie goodwill. The globetrotting players were the best of buddies, a nomadic band of brothers like no other in tennis history. But the feel-good days of Emmo, Rocket Rod, Muscles Rosewall, Newc and Hoadie are now only a memory.

Yes, the Australian Open, the Happy Slam, has been wonderful, but it’s been less than happy. Reality check – this is 2019. Here one can’t avoid talk of fights, feuds, intimidation and blackmail. Go figure.

Every tennis nation has disputes. France’s squabbles are unending. In India it’s all about factions – the enemy of my enemy is my friend. British critics complain incessantly on how all the riches from Wimbledon are spent. In America it’s hard to know where to begin. There once were crusty old tennis czars. Billie Jean King and the WTA battled Jack Kramer and Bobby Riggs, and Jimmy Connors railed against John McEnroe, Arthur Ashe and the tennis universe. Rival circuits battled. Then again, tennis squabbles are the mother’s milk of our astonishingly balkanized sport. It’s no accident that the four Grand Slams end in four different manners. “You can’t be serious,” if you claim that dysfunction isn’t a bit of a guilty pleasure in the game.

But little did we know that Aussie Lleyton Hewitt would be at the epicenter of a fierce feud in Melbourne. “Rusty” was once a raw, unrefined, long-haired man-child with a backwards hat and the nastiest backhand passing shot in the game – a hardscrabble bloke who frustrated foes and infuriated fans. He was easy to hate – before he morphed into a beloved elder.

Hewitt’s game never overwhelmed you. But he, Connors, and Nadal are in a category of their own when it comes to ferocity – every point a war – take no prisoners. As Federer once noted, his game took tennis to new heights as he taught a generation of stars how to win from the baseline.

He was not pretty. His face was chiseled. He yelled”C’mon!” when his foes double-faulted. He walked with a waddle. This was hard-hat tennis. Few wanted to mess with the feisty, battling bloke who just couldn’t step away from the spotlight. Even three years ago, when Lleyton supposedly was to retire, Ron Reed wrote, “Hewitt’s long lingering farewell is surely the most drawn out lap of honor in the history of Australian sport.” After Lleyton stopped playing singles, he continued to play doubles in the Davis Cup.

Last night here in Melbourne, Hewitt poured gas on an already ample feud. Earlier this week his fellow Aussie Bernie Tomic had dared Lleyton to “come within one meter” of him, after having previously threatened to “knock him out” if they ever came face to face.

Tomic, who has a  background of speeding arrests, confrontations with police in Australia and Miami and an incident where his father reportedly assaulted one of Tomic’s hitting partners and tanking on-court, claimed the problem in Aussie tennis was Lleyton.

“No one likes him any more,” said Bernie. “We have a lot of issues that not a lot of players are happy about. We all know who those players are. Myself, [Thanasi] Kokkinakis, [Nick] Kyrgios. [Lleyton] used to hate Tennis Australia, it’s weird. Now he loves them. What’s happened here?”…”[Lleyton’s] an unbelievable champion. But what he’s doing now is wrong. I hope he gets moved and we can go back to having a good captain…We don’t want to play anymore because he’s ruined the system. I mean, go away, literally. If he’s retired, why’s he still in tennis? He’s doing the wrong thing, he’s playing Davis Cup [against Austria]. I thought he was retired…He doesn’t put Nick first, he doesn’t put Kokkinakis first. He only thinks of himself.” Tomic continued, claiming that Aussies, “Bolty, Polmans, all of these guys, they’re under his wing, so they get a percentage of that…I think it’s terrible. They’re all under Lleyton’s…management company. It’s all a conflict of interest.”

Hewitt, who was once close to Bernie and his controversial family, vehemently denied the charge and said he doesn’t have a management company. He added that Bernie was a clown and it was the same old story of him losing in the first round of a Slam and then lashing out. More than this, he said that since their relationship disintegrated in 2017 Tomic had threatened his family and attempted to blackmail him.

Hewitt asserted, “The threats I’ve received for me and my family, I’ve had for a year and a half now.” He said he wasn’t scared, but they had been “blackmail and physical” and involved his wife Bec. He explained, “It started because of blackmails to do with wildcards.”

Bernie, who wanted to advance the tennis career of his struggling sister, supposedly demanded to get his way with officials or he wouldn’t play Davis Cup.

Hewitt said that Tomic, No. 88 in the world, doesn’t put in the hard work and he would never play Davis Cup again as long as he has anything to say about it. When asked why he no longer talks with him, Hewitt said, “It was probably the abuse that I copped.” Australia’s Davis Cup Captain noted,“I spent a lot of time with him…and tried to get a coaching structure and physical team around him to give him the best opportunity but…he kept making the wrong mistakes…Deep down, Bernie knows what I’ve done for him… For Bernie to come out and have a go, but more, to get all of his facts wrong, that’s probably the most disappointing thing…I don’t know what’s happened or why Bernie is Bernie…It’s probably his upbringing.…The biggest frustration is that I really went out of my way to help…[But] he just kept making the wrong mistakes.”

In his playing days, Hewitt was known for a range of incidents. There was the time he made a racial comment while playing against James Blake, plus his lawsuit against the ATP when he was sanctioned for not doing an interview, and a Davis Cup spitting incident when Australia played Argentina.

Now Hewitt said he is going to establish “cultural standards” for his Davis Cup team. Sounds good. But that didn’t go so well in 1984 when, after a wretched display in Sweden by McEnroe and Connors, the USTA tried to get players to pledge good behavior. Hewitt says he’s only looking for his players to have a commitment to tennis and give it their all.

All the while, Australian tennis is in quite a cauldron, an almost dazzling mix of feuding stars, brilliant emerging talents, beloved legends and issues and personalities that won’t go away. Yes, the lovely Ash Barty continues to dazzle. But the Aussie Open is far more than a “Barty party.”

Rather, the US Open comment by ESPN’s Chris McKendry comes to mind: “Maybe our sport is a little better when there’s a touch of crazy.” 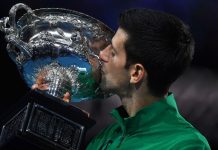 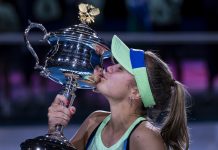 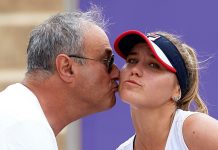