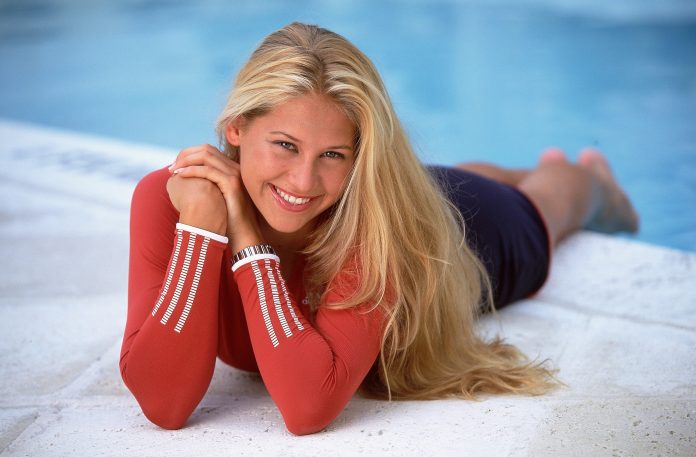 It was a stunning suggestion. Long ago Raisa Gorbachev, the wife of the Soviet leader Mikhail Gorbachev, told Chris Evert, “Tennis will bring our peoples together.” Now flash forward to this summer’s controversial Helsinki summit, when in the afterglow of the World Cup, Vladimir Putin symbolically handed President Trump a soccer ball. It was a bit mind-blowing in the context of current events and Raisa Gorbechev’s prediction.

It stirred comment and it brought to mind the curious rise of tennis in Russia. Over ten percent of the players in the ’01 Open had names ending with “-ova.” And before playing Russian Lubomira Kurhajcova, Lindsay Davenport said, “I know that I play someone whose name starts with a ‘k’ and ends with an ‘ova.”

So why did Russian tennis thrive? “Find a sport,” explained the London Sun, “that requires grace, single-mindedness and robot-like dedication, then set a Russian to the task and, most of the time, you’ll find a champion. Figure skating, gymnastics, hockey and now tennis.”

The Telegraph in England asked, “Why can’t our players be more like the Eastern Europeans?…Everything they have achieved comes with shovel-loads of hard work, painful separations and a pitiless eye for ambition.”

Pro Svetlana Kuznetsova explained, “It’s not only that when we grew up it was so difficult. It’s also through the war, our grandparents were fighting…with nothing, without bullets, only with knife…They taught their kids to always be strong.”

Pro Steve Stefanki observed, “They’re hungry. It’s a way to make a living. They’re coming from nothing. They used to call Yevgeny Kafelnikov ‘the peasant boy.’ He wasn’t really well-educated, but he had a phenomenal work ethic. They don’t get wildcards, free gear or rackets. They’re out there hitting at night, trying, trying to do anything they can. There’s no other option.” 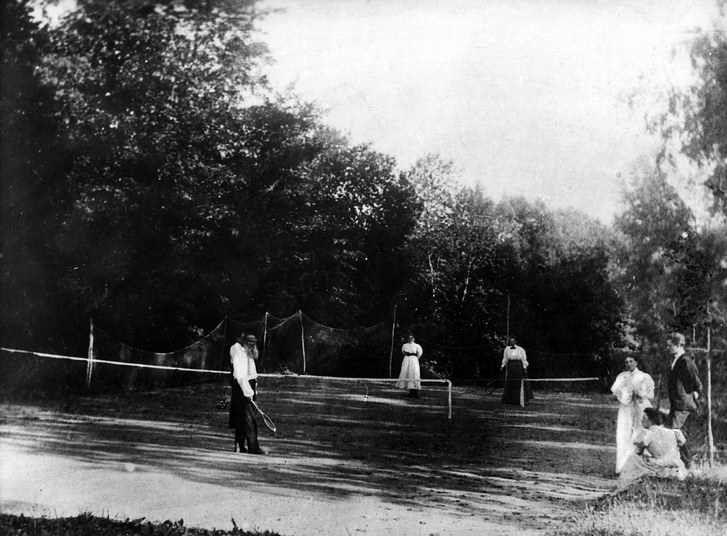 Russian tennis traces its roots to none other than author Leo Tolstoy, who in the 1860s may have had a court, and who featured a game of doubles with the lovers in “Anna Karenina.” Tennis, along with cycling and chess, was viewed as one of the three preferred games in Imperial Russia. Czar Nicolas and his daughters loved the sport and the Russian game was part of the international tour.

Not surprisingly, with the 1917 revolution, the bourgeois game seemed to be doomed. But in the 1920s it was recast as a participation sport that nurtured a new, active generation of healthy Soviet citizens.

In 1936 and 1937, French star Henri Cochet came to Russia to promote the game. But amid the purges of the day he was deported on espionage charges and many of his associates were executed. The Bolshiveks, who’d disposed of their tennis-playing czar, would for four regimes deny prize money to their stars. They feared defections and only allowed players to travel overseas for forty days.

When in London in 1955, Soviet leader Nikita Khrushchev was asked about the lack of Russians at Wimbledon he scoffed: “What is Wimbledon?” But a year later a Soviet girl reached Wimbledon’s junior final. The Soviet Union soon joined the International Tennis Federation. In 1974, Olga Morozova won the French Open doubles with Chris Evert and then lost to the Floridian in the Wimbledon final. Later she mentored Andy Murray.

Tennis returning back to the Olympics in ‘88 was a truly pivotal development within a sports culture that so relished the games. In ‘89, gutsy Natasha Zvereva led a one-woman insurrection and successfully insisted that she should keep her prize money. She did. And so has every Russian player since.

Then in ’92 Boris Yeltsin, Russia’s first democratically elected president, fell in love with the game. And, from Red Square to the Siberian outback, he promoted it with zeal. Four key characters would soon emerge. Yevgeny Kafelnikov won the French and Aussie Opens and became No. 1 in ‘99. Marat Safin, who was once introduced as “Marat Stalin,” won the US and Aussie Opens, and Anna Kournikova emerged from a Moscow basement apartment to become a worldwide phenom.

Kournikova has often been dismissed as a sex symbol. She was featured in 1,500 London billboards promoting her sports bra. She was stereotyped as a winless airhead. When she was asked whether she voted in a Russian election, she said, “Definitely, yes, no.” Still, she inspired millions and could be wise. Now residing in Florida with a net worth of $60 million, she noted, “Without tennis I’d probably be cleaning toilets somewhere in Russia.” She selflessly worked for Haiti relief. Like Tolstoy, she reflected on war and peace: “The only thing I’m concerned about is war. There is enough space for everyone in the world. Why can’t they talk – not with tanks and guns? Why did they send those Russian kids to die in Afghanistan? How many mothers are crying out there?”

But then her star faded. Andrei Medvedev claimed, “Kournikova is not going to make the cut anymore. There are much prettier Russian girls. They hit harder, they play better and they have the instincts of winners.” A headline read, “Maria’s No Kournikova, She Wins!”

Enter Sharapova, who came to America when she was eight, and just nine years later beat Serena in the ’04 Wimbledon final. The Wall Street Journal said Maria was the “most public face of the new Russian woman – self-assured, ambitious and independent. Until recently, there were almost no such women in Russia.”

That year, ‘04, was a Russian breakout season. They had 20 top-50 players. Anastasia Myskina won the French, Maria prevailed at Wimbledon and Kuznetsova beat Elena Dementieva in the US Open final. For the first and only time, a Russian, Sharapova, finished No. 1.

Both envy and humor emerged. Nick Price said Russian women’s tennis “has a pipeline. British tennis has a drain.” Safin, who is now a Politburo member, was one of the game’s great characters, and Dmitry Tursunov with his scathing wit, claimed his dad was an engineer who in the basement of his Moscow apartment built missiles and aimed them at America. He noted the similarities between the US and Russia: “Both countries owned Alaska…Both cultures eat and cook food…You dress, we dress. We don’t have bears running in the streets. You don’t have Indians camping by fires in the streets either.”

Of course, certain aspects of the Russian game were no joke. The Soviet Union denied a visa to Allen Fox, an American advisor of the Israeli Davis Cup team. Tommy Haas accused the Russians of poisoning him when he came to play Davis Cup. Longtime tennis czar Shamil Tarpsichev referred to Serena and Venus as “the Williams brothers,” and Russia was fined $25,000 for the “unexplained watering” that made the clay soggy for a Davis Cup semi against Germany.

Rumors of Nikolay Davydenko‘s ties to the Russian mafia prompted Mary Carillo to recall broadcasting the ’95 Davis Cup final from Moscow. “We were paying off everybody. It was a joke how many hands were out just for them to turn on the electricity…We’d already greased them. That’s the deal over there. The Russian mafia has been around hockey forever, and figure skating…There’s a very scary undercurrent of gambling in all sports.” John McEnroe said, “The thing that worries me is that…the Russian mafia could be involved. That’s potentially pretty dark and scary.”

You might say that it’s scary that Russians haven’t won a Slam since Maria won the French in ‘12. They haven’t won the Davis Cup since ‘06. At one point they won four out of five Fed Cups, but haven’t prevailed since ‘08.

But the nation, which is accused of hacking computers, is far more than a land of tennis hackers. Germany’s Alexander Zverev is of Russian origin and Daria Kasatkina is one of the game’s great prospects. Plus, you never want to underestimate a land of 144 million athletic, sports-loving people that produced great novels with brief tennis descriptions and fought mighty wars with long knives. And who knows, Mrs. Gorbachev? Tennis may yet someday bring our countries together.