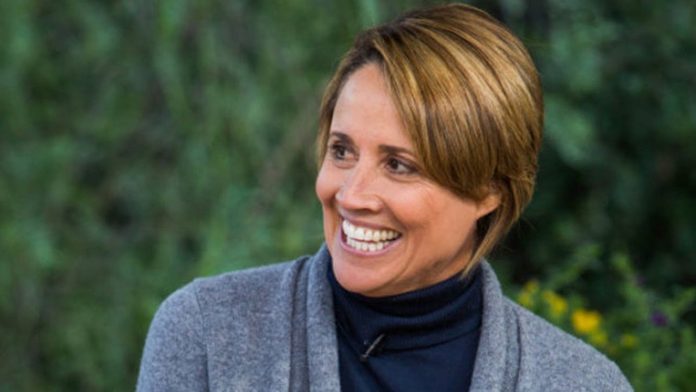 It was one of those moments.

You had to be there.

For some reason broadcast commentator Mary Carillo showed up in the first row of the Australian Open’s print interview room for the Jo Konta presser.

But why? “I like smart,” she told me. And, this side of Andrea Petkovic, the well-spoken, fast-rising Konta is one of the smartest the WTA has.

But, I thought, there has to be more to all this. Then, towards the end of the presser, Mary spoke up and threw a curve ball. “Jo,” she said, “I’m confused about the pronunciation of your first name.”

I thought to myself, “C’mon, give me a break. Sure, I have trouble with how ‘J’ is pronounced in Spanish, but Jo is British and Jo is pronounced ‘Joe.'”

But Mary was barking up a very different tree. In the context of the Aussies constantly trying to take credit for Konta – an Aussie native who long ago moved to Britain – Carillo continued her question. “Every time you are introduced they say your first name is ‘Sydney-Born.'” Everyone got the joke. Laughter rolled through the usually glum room and my Aussie pal Tanya leaned over and asked me, “Who’s she?”

“That’s Carillo, the sharpest woman broadcaster in the world,” I whispered. Then I thought it was about time to have a pop-up interview with merry Mary.

IT: Mary, great question about Jo’s name, but just give me something on Roger. Will we ever again see his incredible combination of grace and dominance?

MC: No. I’ve never seen anybody make a difficult sport look so beautiful. To me he’s an artist. Obviously he’s an athlete, but he’s so much an artist. He thinks in artistic ways. I think he knows how luminous he looks out there – I think he’s aware of it.

He knows how much he’s pleasing people with the way he designs his game. He loves being Roger Federer. He knows how many gifts he’s got and he knows how to share them. He knows how to protect them. He bends time. I’ve been saying that about him forever, not just on court, but off the court too. Yet, he never seems rushed.

He can give an interview in three or four languages. He’s patient. He’s heard the same questions over and over again, yet he doesn’t act dismissively toward them. And there’s the way he is with people – wandering through crowds with his children. He’s a time-shifter, and I’ve never seen that either.

IT: Where does that come from? Is it from his wonderful South African mother Lynnette or is it a matter of Swiss culture or is it something that he has just developed over the years? He was a racket thrower earlier, but somehow he shifted and we see….

MC: I’d love to know what a trip [he went on] to become himself, because I think we would try hard to cultivate a person who walks so lightly on this earth with so much grace.

IT: Speaking of light – a fun question. If you could get a selfie with anyone, who would it be with?

MC: How about Michelle Obama? With every passing year I’ve watched her take on a role that can be very difficult and she does it with great style, intelligence and grace. I love how authentic she is. That’s why her speeches are so powerful. I think she’s had to pull an awful lot of punches over all these years and now I’m hopeful she won’t have to do that and we’ll get to hear even more from her. She’s classy and elegant and smart. I love their marriage, I love what they mean to each other. I think most people would say they would want a selfie with Obama, and I’m a great fan. But if I only get one snap I’m taking Michelle.

IT: Hey, Mary, if you could change one thing in tennis what would that be?

MC: There’re a few things to tackle – but I would change the Davis Cup format to where the matches would be two out of three sets and they would be played over two days. So I’d play the first two singles on the first day and start the second day with doubles. And then see what happens. To me that’s such a simple fix. I love home and away games. I wouldn’t change that. I love that stuff.

But a lot of players would feel better about participating if they knew the Davis Cup wouldn’t have to be an incredibly physical three day [ordeal]. It can be played in two days.