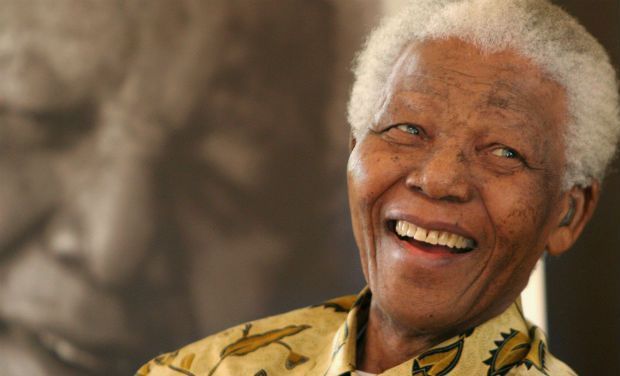 To commemorate the 95th birthday of Nelson Mandela, arguably the most important man of our era, Inside Tennis gathered some outstanding reflections by greats of the game:

ANDRE AGASSI: HIS EYES WERE FULL OF WISDOM

He was one of the most influential people in my life, and I met [him] only one time. It was the most vulnerable time, a time that I needed direction and inspiration, and just then, there I was, shaking hands with Nelson Mandela. He took my hand, complimented my game, and in the same breath told me the reason why we have been put here on earth. I can still close my eyes and hear his words … He said, “We must be careful in our decisions, careful in our words, and we must be careful in our relationships. Andre, we must live our life carefully.”

Once you hear those words from Nelson Mandela, you can never not hear them … [He was] Gandhi-like and void of bitterness. His eyes…were filled with wisdom…[that] said he’d figured something out, something essential … It’s like we’re all swimming to Hawaii and nobody’s going to make it, [though] some might get further [than others]. So if you know we’re not going to make it, the question is: what is life really about? It has to be how you choose to go about it, regardless of your success or failures, regardless of the intersections. There has to be a process and a connection that you have with the journey … [and] I’ve connected to it. I’ve poured myself in it, and it’s a gift, I believe, I’m given. Every journey is hugely important. Just because Mandela’s journey was so extraordinary doesn’t mean that ours has less value. He says that no journey is unimportant. It’s not just a beautiful message, it’s a reality.”

BORIS BECKER: CHARISMA AND THE MEANING OF CRAB

He is by far the most impressive person I’ve ever met. If you talk about aura and charisma, he probably invented the words. He comes in a room and you’re flabbergasted. You don’t know what to say.

He has a way of bringing up the most sensitive subject in a funny way, so everybody’s not personally offended by it, but they exactly get the message. We had dinner together … and we had crab for the main course. In his speech, he said, “It was a great dinner, but there’s just one thing I have to mention here. In my 27 years in prison, [for] 27 years I had crab every Sunday.”

I get goose bumps talking about it. He talks about it in a very funny way, so it’s not offensive to the people who organized the dinner, but just makes you aware the guy was in jail for 27 years, 12 years in a single prison, and he had crab fish.

JOHN MCENROE: THE MOST MAGICAL MOMENT

When Mandela became President [of South Africa, in 1994], they had a singles event in Johannesburg. I went down there for the first time. They said, “Nelson Mandela would like to meet you. Would you be willing to meet Nelson Mandela?” Well, of course, right? We sat in a room and he came in. There was an assistant, but no bodyguards. He sat right next to me and said, “I want to tell you it’s an honor to meet you.” … If all of the people who have said what a pain in the ass [I’ve been] could have [seen that moment].

I gave him the racket I used [against Bjorn Borg] in 1980 and 1981. I felt rather like a complete jerk when he told me he had listened at Robben Island prison to a match [where] I was whining about some f—–g call. I was thinking, “My god, what the hell am I ever complaining about?” It certainly gave me a little perspective about the situation that I was in, and that I didn’t have a whole lot to complain about. But at the same time I did feel immensely proud that in some way I was able to connect with people beyond my wildest dreams.

I would’ve given ten million dollars [to have a] video of him saying it was an honor that he was meeting me. I felt ludicrous that he was saying that. It was the most magical moment that I ever experienced. You know, I have met a lot of people, but he was just like an angel on earth. It was amazing. This guy doesn’t have a single cell in his body that wants revenge towards anyone, or carries hatred toward people that obviously deserve to be hated. He is the most magical person I ever met.

I think his whole example is an extremely important part of our lives. For someone to have been incarcerated for so long and then have such a forgiving heart—to have such an open heart, open spirit, open soul—is unheard of. It’s rare. As a people, [all of us] can learn from the courage, the faith … that Nelson Mandela has.

[As Mandela battles illness] it’s a sad time for everyone on the globe … He’s lived a really amazing life … He’s just been so pivotal for so many people. It’s emotional to talk about. Meeting him was probably one of the best moments of my life … He’s so coherent, he’s so smart, he’s so wise. Obviously I’m hoping he’ll recover.

Reading books about him, seeing things, seeing what he went through … I started to read his autobiography after I left South Africa last year, and it’s  amazing. Where he started as a kid, then going from there, making his way really to the top … [is] completely inconceivable. Having so many people love him and cherish him for who he was, for being black, for being in South Africa at a time where maybe it wasn’t the best moment to be black in South Africa … He’s had a great story. Everyone—individuals of all races and nations and countries—can learn from his stellar life.

RAYMOND MOORE: IT TOOK ONE MAN

The guy spent 27 years in prison for what he believed in. You know, we’re out here and we think we’re doing something important playing a tennis match, and it puts [things] into perspective when someone has such a belief that they’re willing to go to jail for it. They’re willing to fight for it. Then, in the end, they change a country, and in turn change the world. I can’t fathom having that kind of effect on the world. I’m trying to do my best just to affect the people around me in a positive way. My wife, my daughter, my mom. For him to affect that many people, we all owe him a huge debt of gratitude. Including me, especially.”

ARTHUR ASHE: PRISONERS OF THE PAST

Nelson Mandela is one of my genuine heroes, and I met him in both South Africa and [the U.S.]. He sent a long letter on the stationery of the African National Congress of South Africa. “I can never forget my own joy at meeting you,” he wrote. “I hope you feel my embrace across the continents and that it serves you well.”

… [Activist] Randall Robinson brought us back to reality. “For all the changes we have seen, Nelson Mandela still cannot vote in his own country.” That simple fact made us sober. We became quiet and reflective as our airplane flew through the darkness toward London …

The next time I saw Mandela, I had made an announcement to the world about having AIDS. A few months later … I visited him in his hotel suite in New York City … Our main topic now was AIDS … I was pleased to see that he knew a great deal about the subject and was free of the prejudices that prevent many political leaders from confronting it. He stressed to me how poor the medical facilities are for blacks in South Africa, and how much help his country needs to cope effectively with its health problems. I told him about my foundation to fight AIDS … in Africa.

Once again, I was struck by Mandela’s courage and wisdom. He faces as difficult a road as any political leader … but I have every confidence in him … He stands with Vaclav Havel of Czechoslovakia … as my ideal of the political leader today … Compared to Mandela’s sacrifice, my own life … has been one almost of self-indulgence. When I think of him, my own political efforts seem puny.

All of us can learn from the example of Mandela. For African Americans, however, he may have a greater lesson … about the need to resist oppression. But his lesson is also more complicated and challenging. Mandela’s example leads us to ask certain questions, on which I believe our future may depend. Can we African Americans emerge from the prison house of our history with true dignity, as he did—that is, with a determination to remain free but also without bitterness or any other compromise in our moral principles? Can we prevent our outrage at the wrongs we have suffered in America from destroying our spirit, from depriving us of the high moral ground we once held? Can we avoid the temptation to sink utterly into despair, cynicism, and violence, and thus become abject prisoners of our past?